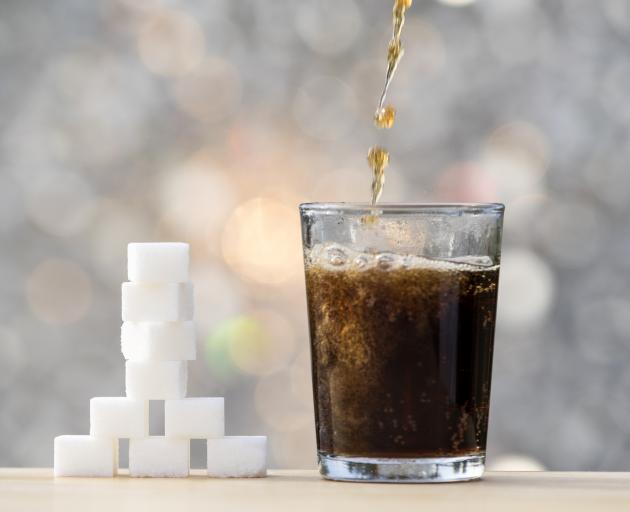 Photo: Getty Images
New Zealand spends $20 million each year anaesthetising children so they can undergo tooth removals as a consequence of the consumption of sugary drinks.

A petition was launched yesterday in an effort to convince the Government to introduce a tax on sugary drinks.

But the Labour-led Government and Health Minister David Clark have no plans for such a tax.

"We've had enough of Coca-Cola, McDonald's and other junk food companies selling this sickness to our kids.

"They keep getting away with it ... We need to make the healthy choice the easy choice.''

Dr Beaglehole said last night the Government should go further than just implementing a tax, but the NZDA is completely behind the call.

University of Auckland academic Gerhard Sundborn, on behalf of The New Zealand Beverage Guidance Panel, is behind the latest petition.

Calls for a sugary drinks tax are not new, he said. One with 10,000 signatures was presented in August 2017, but largely ignored by politicians.

"It was extraordinary that this earlier call to tax sugary drinks ... was snubbed by the then minister of health, and by both major parties,'' he said.

"NZDA has estimated that we spend more than $20 million every year to anaesthetise children so they can undergo multiple tooth extractions as a consequence of consuming sugary drinks.

"We must find more ways to address these issues,'' Dr Sundborn said.

The panel, made up of researchers from a range of fields including public health, medicine and marketing, suggests a targeted tax on sugar should be top-priority to tackle the country's interconnected issues with obesity, type 2 diabetes and rotten teeth.

Dr Clark agrees but in a statement said the Government had no plans for a sugar tax, as he has "consistently said''.

"We need to reduce sugar levels in our processed food and drink, and develop a better food labelling system,'' Dr Clark said.

"I have met several times with the food industry and set out the clear expectation that business and the Government will work together on this issue.''

In September, it was reported Prime Minister Jacinda Ardern was told a sugar tax would generate millions in revenue and save lives.

Ms Ardern was briefed on a potential tax by the Ministry of Health's chief science adviser John Potter, at her request.

Dr Potter said a tax of 20% had been shown to work but should be based on volume or sugar content, not value.

"Reduction of consumption via a tax will probably be greatest among the households with the lowest disposable income. In New Zealand, Maori and Pacific will benefit strongly,'' he said.

Over time a tax could save 50 lives a year and save at least $6 million in health costs, the briefing stated. It would raise about $40 million in revenue.

Dr Sundborn said there is a strong support base for similar taxes to be implemented in New Zealand.

"Unexpectedly, the groups we know are the biggest consumers recorded the highest levels of support.

"This included 80% of the youngest age group (18-29-year-olds) and 75% of Pasifika respondents supporting a sugary drink tax.''

Review after review after review has concluded that sugar taxes, and especially fizzy drink taxes, have next to no effect on anything and so aren't even remotely worth it on a cost-benefit basis. Dentists and public health lobbyists seem determined to ignore the facts.