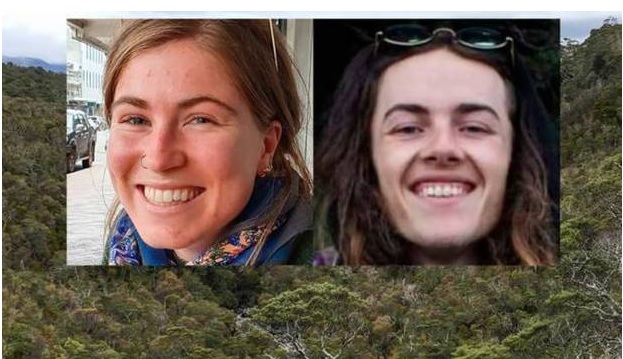 Jessica O'Connor (left) and Dion Reynolds were rescued on Wednesday. Photo: NZ Herald
Rescued tramper Jessica O'Connor says she "never lost hope" despite being lost for 19 days in rugged bush and running out of food.

O'Connor and her friend Dion Reynolds – both aged 23 – were rescued in Kahurangi National Park on Wednesday after not being seen since May 8.

They were saved when a search helicopter crew spotted smoke from a fire they had lit in a dense bush northwest of Nelson.

Now, O'Connor has spoken out for the first time, to say she's "eternally grateful" for the rescuers who saved their lives.

"What we went through is something that you never think would happen to yourself, but I am eternally grateful for the emergency response that led to us being found," she wrote on a Givealittle page set up by her brother Dominic to fundraise money for LandSAR.

"At the end of the day, we wouldn't be here if it weren't for the efforts of the Police, LandSAR, Fire Service, Defence Force, all the volunteers, friends and family, donors and the power of positive energy.

"While I would never wish this experience upon anyone, there has been a lot learnt and I'm hoping to use this experience to educate others that explore this beautiful country."

O'Connor, who had injured her back while searching for water, struggled to find the words to express her near-death experience.

"Where do I begin!" she writes.

"Firstly, thank you to every single person that has been following and supporting this crazy story. The community's love has been overwhelmingly beautiful and it just shows what we can do when we come together in a positive way."

She says she has "so much gratitude for this precious life we all live".

"It really is amazing what you can do when your life depends on it!" she says.

"Again, a huge thank you to everyone. This doesn't come close to repaying everyone for your support, but please know I will be eternally grateful."

Yesterday, police said the trampers would not face any charges, even though they embarked on the forbidden adventure during coronavirus alert level 3 lockdown.

Reynolds earlier revealed he had only realised the pair were lost and walking in a loop after recognising one of his own footprints in the mud.

"I told Jess we need to stop now because that's my footprint. We were very lost at that point," he told RNZ.

When they only had two days' worth of food, he sprained his ankle traversing a steep gully – and then O'Connor hurt her back while out getting water.

They spent 13 days without food, but the "saving grace" was a stream of water two minutes away from the gully, he told RNZ.

"That's what kept us alive."

They feasted on chocolate bars when they were rescued and before they were reunited with their relieved loved ones.