After the earthquakes: How it feels to have PTSD at 8 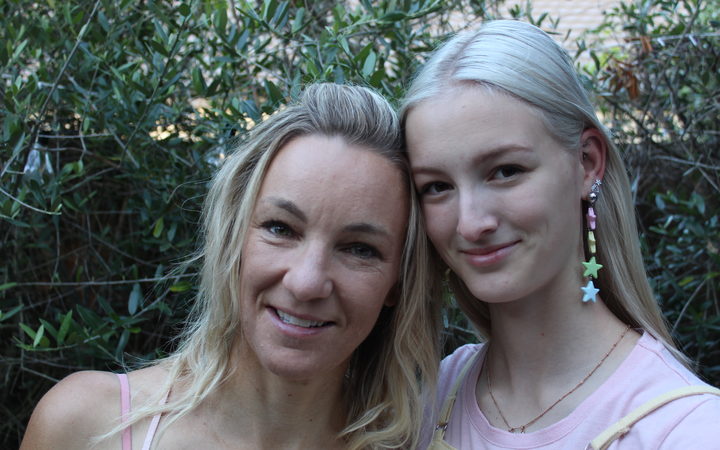 Ashley Cullen, and her mother Kirsty Cullen. Photo: Supplied
The number of Canterbury children suffering from mental health problems has sky rocketed since the Christchurch earthquakes. On the eighth anniversary of the 2011 quake teenager Ashley Cullen, describes how mental illness tore through her childhood.

I realise now that there is darkness beneath the sunlight. I always knew I was a slightly special kid, but never thought anything of it. I was just me - free-spirited, bubbly, empathetic, caring. I never thought that there could be this venom filling my head and body, placing its malignant haze over my whole world. Despite my constant need for it, I had no control over my life.

When I was 8, in early 2010, I had really begun to feel it; its toxic tendrils slowly sinking in with each new day. I hadn't been sleeping well and began to get really freaked out about things that others didn't. Like when Dad, my sister, Phie, and I were watching music videos on TV on the first anniversary of Michael Jackson's death and Thriller came on. I got so terrified of that stupid werewolf.

On the absolutely horrendous, nightmarish early Saturday morning of 4 September, 2010, the magnitude 7.1 Canterbury earthquake utterly tore up my and my family's life. I will never forget huddling together in the hallway at 4:35am, the ground beneath us attempting to settle itself; swaying like we were on a tiny boat in a hideous sea.

We had no idea how debilitating the years to come would be. How Mum would go to great lengths to help me, while traumatised herself. How greatly affected my parents' relationship would be, due to constant stresses. How dark and hellish my world would get, and how I would have to find my own ways to survive in it. In that moment we simply held each other, trembling while the ground roared.

The venom that had been festering in my veins made itself known once the earth started shaking. It was as though it began feeding all of the cells in my body; morphing itself into what resembled me. It was a joker, a deceiver. It tricked people into thinking it was me, while the person they saw was actually being suffocated; being held hostage in her own body. Consumed. Trapped. Silenced.

I was a shy kid prior to the quakes, but afterwards I was truly fragile. I had already been struggling, but feeling the earth so unstable made me feel incredibly vulnerable. The noise of the laundry cupboard doors rattling with the rumbling of the ground was the very representation of my continuous fear. Not knowing what could hit next and when was terrifying. I couldn't go outside alone to feed my rabbits and I even went to the bathroom with the door open. Before even thinking of turning off the lights at night I would wait, while the minutes went by on my pink Minnie Mouse watch, until Mum came to bed in the room next to me.

On 22 February 2011 the magnitude 6.1 earthquake hit Christchurch. Phie and I were at school in Rolleston and safe, but Mum was in town. She was getting lunch from a sushi place in Poplar Lane. Aftershocks from the September quake had been happening throughout the morning, so she didn't think much of it until it got stronger and things started to fall. Mum ran to escape but the sushi lady called out her name. She turned around to look, as bricks showered down into the doorway. Luckily, they were able to get out, but it was a very close call for mum. She suffered from post-traumatic stress disorder (PTSD) for years afterwards.

Still, she was my superhero. She knocked on so many doors - GPs, EQC Help, phone counselling, anything that could ease our situation of chaos. We tried sleep remedies - a sour tart cherry cordial with melatonin, this bitter sleep remedy spray that got sprayed on my tongue - I hated them all. They didn't seem to do much anyway.

But I loved all the cute things Mum would do, like writing quotes on band aids and sticking them on my stuffed toys; reminding me of how brave I was. She made up this concept called BPL (Big Pink Love), which described this special pink power source that connected us, to represent the fact that she was always right there with me no matter where either of us were. At night when I felt like I was worlds apart from her and Dad, I would lie in bed visualizing BPL. 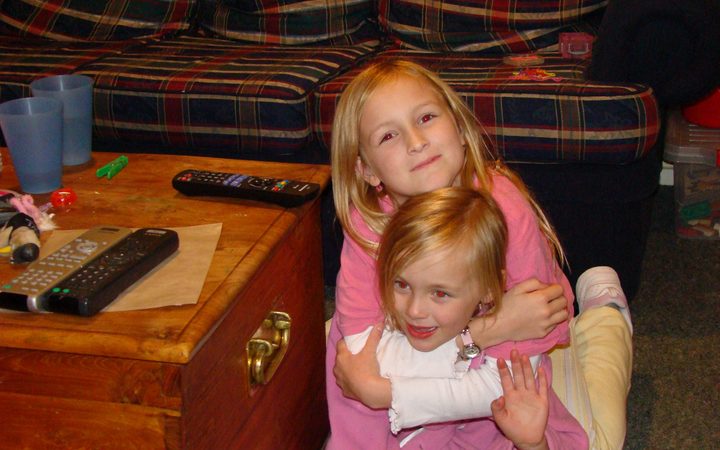 Ashley was at 8 when PTSD set in. She's pictured with her little sister Phie. Photo: Supplied
But nothing worked. I ended up under the care of Children, Adolescent and Family Community Services (CAF) at Hillmorton Hospital, having weekly appointments with a psychiatrist. Diagnosed with PTSD and anxiety disorder, I was put on the antidepressant fluoxetine (Prozac) for 18 months. Mum and Dad were offered inpatient care for me if things got really bad.

I felt sick a lot of the time and got many headaches. I hated going to school, as I feared throwing up in front of people, which happened a lot. We're still unsure of whether the headaches and nausea were side effects of the fluoxetine or my anxiety.

One day Mum came across group therapy through CAF. Sick, anxious kids and their parents could attend the sessions, which were run by psychologists. We were able to learn strategies to help deal with our situations and in the process, felt less alone. The group was a lifeline that dragged me from the claws of PTSD. Each week, Mum and I would get given a new tool and go home to figure out how to use it. It was a process, but having some weapons to tackle my illness was definitely a start. It's how I managed to move again, after feeling so immobile.

Unfortunately, that wasn't the end of it. The earthquakes and PTSD had masked what had been orchestrating more fear in the background. Turns out, I also had obsessive compulsive disorder (OCD) and had been living with it all my life. I believe the earthquakes were a catalyst for the OCD, making it progress much faster. Last month I was finally diagnosed.

It brought me so much closure to actually have an explanation for these strange, intrusive thoughts that I'd had ever since I could remember. They would constantly pop into my head, filling me with the absolute need to act them out otherwise I felt like everything was in disorder. I would need to do specific things, things in threes or fives or simply until I felt like I was secure enough to stop. It's very distressing, and when I resist the urges it's extremely uncomfortable. As I got older, the thoughts became fiercer and the urges stronger.

I used to call the urges "habits". I never told anyone about them because I didn't know how. How do you explain to your family that you have this burning need to shoot yourself in the eye with a nerf gun just so you can move on with your day?

It was so upsetting seeing my family get irritated with me, thinking that I was being silly and unreasonable. The OCD put a barrier between me and my world.

The thoughts eventually progressed and became dangerous urges - stick metal objects into power sockets or drive into oncoming traffic - and the anxiety became much more severe. After all, how do you drive straight into a car at 100km/h and not die?

I've started referring to the OCD as "the fog". It's become so thick over time, it could easily roll away and take me with it if I let it. But I haven't, and I won't let it. The love that I'm surrounded by is much stronger. To the fog, the love is the sun; it burns through it, and it will defeat it one day. I haven't entered the treatment stage for my OCD yet, but I've come a long way already. It does get better.

The only thing that's driving me through each day is the idea that hope exists because of the presence of love. The love comes from my family, boyfriend and friends, and without it I don't think I would still be here today.

I wanted to share my experience so people who have suffered after the earthquakes - and others going through whatever they're going through - can know they're not alone. To you, I say this: Never give up. It doesn't matter what blows you are dealt, how defeated you might feel, how much you want it all to stop. There is never a moment when you have to let it take over you. You are alive. You exist. You have people who love you. With that love you can be hopeful, and with that hope you can be mighty. Let the sun in. Trust me, it's not over yet.