AOS member 'feared' for his safety during training

A former member of the Armed Offenders Squad was told he could be the victim of an accident during a firearms training session he was leading.

Former constable John Woodward said he was a victim of sustained bullying during his final years working on the West Coast, after falling out with other police officers during a staff restructure.

RNZ has now talked to 92 current or former sworn and non-sworn police employees who say bullying is rife within the service.

A sole charge officer in Ross, Mr Woodward informed his managers when he was witness to bad behaviour by fellow officers. 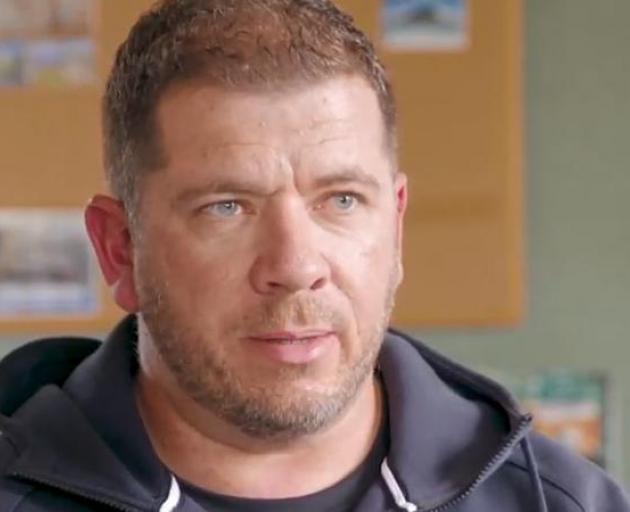 Former constable John Woodward. Photo: RNZ
But when the management team were sent packing by people further up the police structure, a protective disclosure he had signed was leaked and his colleague thought Mr Woodward was a "nark".

He was then bullied by staff in nearby Hokitika.

Mr Woodward said the bullying was subtle but sustained, and at one point a friend let him know he was concerned for Mr Woodward's safety.

"With the Armed Offenders Squad, basically I was a police trainer, or instructor, and started to have a role teaching some of the training days that we were running," Mr Woodward said.

"The bullying and that had been that bad for me, that a friend of mine further south in the South Island had rang and said, 'Hey, you need to be aware that there's a target on your back'.

"I sort of scoffed at it initially, like whatever. So be it. This guy isn't a guy who would overreact to anything, he's pretty level-headed, and he said, 'na, I'm serious. You need to take this bloody seriously that you are in danger, and they are after you.'"

During a second phone call, Mr Woodward was told there could be an "accident" at the training session he was hosting, and he could be shot.

"That's basically how it might work. You know, that might be an easy way of getting rid of the problem that an accident might occur, and probably wouldn't be that difficult to explain all of that," Mr Woodward said. 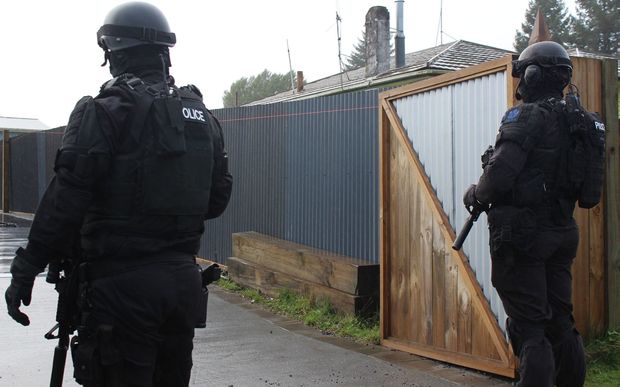 "When you're doing some stress shooting or something like that, you could probably, I guess it could be seen as an accident quite easily."

Mr Woodward said the second call left him fearing for his safety.

Although he went ahead with hosting the session, and nothing eventuated, he said he was on high alert throughout the day.

Sung Young Mo and Kim Chil Young, two Korean tourists, died when their car went over the side of the Whanganui River bridge on 30 December 2014.

Mr Woodward was the first officer to arrive in what he described as an international incident, and found a car bobbing in the water.

He sought back-up from fellow officers, and those at the nearby Hokitika station which had several staff, but he said nobody arrived to help.

"I was screaming for people on the radio to come, and my back-up for that job, and you'd [usually] get up to 15 people respond to that kind of job," Mr Woodward said.

"My staff came from further south in Franz Josef, which is miles down the road, and from Greymouth, driving through Hokitika.

"The area my acting sergeant was in, Hokitika, not once got on the radio, well aware of the job and had been notified of the job, and my response staff to help me had literally driven from another 30 minutes north of [Hokitika]."

Mr Woodward said the acting sergeant in Hokitika at the time was one of the main sources of bullying, and ignored the job.

He said he complained about the lack of support, and was told the acting sergeant had not seen the call, and then logged out and left the station.

Mr Woodward does not buy it, and said it was a considered decision not to provide support to a colleague they did not like.

The same thing happened some time later, when he was called out at 2am when a man was reported to have threatened his partner with a firearm.

The Hokitika station did not provide support, so officers from Greymouth made the lengthy journey through Hokitika to help.

By the time they arrived, the man was in custody.

"We didn't find a gun," Mr Woodward said. "But usually for a job like that you send everyone and then scale it back. They didn't send anybody [from Hokitika]."

'Bullying kicked into another gear'

Mr Woodward said his original managers on the West Coast cracked down on bullying and bad behaviour.

He said an area commander and three senior sergeants running operations on the coast were "brilliant".

"I've been on the receiving end for things that I needed to improve on, you know. Hold your head high and just, you do something wrong, we can figure it out. And not in any dodgy way, just be honest, you know, they were just people of absolute integrity and impeccable nature."

But as they cracked down on poor behaviour that didn't meet the police code of conduct, Mr Woodward said they "had the rug pulled out from underneath them".

Following talk of a restructure, Mr Woodward had been informing the management about bad behaviour by other officers, seeking to raise standards within the team.

"They were name calling just talking about you know, f***ing incompetence, some people were just fat and useless, all these sort of things," he said.

"So the bosses came and asked me what I knew about it and I was really uncomfortable doing anything about it because I knew what would happen. I knew I'd be here today.

"I said look, I'm happy to talk about it but there needs to be some protection around this. You need to know it's not right. But equally I know if I speak up, then I'm basically signing my resignation later in life.

"All the protection in the world was offered from the management team there and they did they did everything they could, even as far as putting paperwork in a protected disclosure around what was going on."

But when the management left, his protected disclosure was not protected.

"There was no one reading it, they didn't need to. It was just, we know what you know, and that you've told, and there it is."

He said that was when the bullying kicked into another gear.