Batted above its weight': The city that thrived despite lockdown 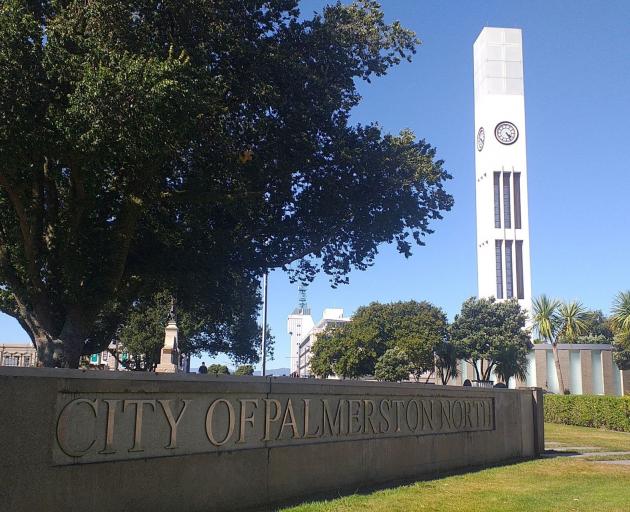 Palmerston North's latern-crowned Hopwood Clock Tower.
While some regions have struggled with Covid-19 lockdowns, Palmerston North has thrived, in part due to the many essential workers who live there, the city's mayor says.

Some parts of New Zealand are heavily reliant on one or two industries, but the city is home to many essential workers.

Mayor Grant Smith said the city had coped remarkably well throughout the whole pandemic, not just the most recent lockdown.

Palmerston North had put in a lot of effort towards the country's Covid-19 response, he said.

New Zealand Defence Force staff from the nearby Linton and Ōhakea bases had been sent around the country to "provide the bulk of that management" for managed isolation and quarantine facilities, Smith said.

But it was not just the Defence Force, there were a hoard of essential industrial businesses in Palmerston North.

"Every staff member for Fonterra's plants ... are all working," he said.

"Our big distribution centres for both Countdown and Foodstuffs, probably doing as much as they've ever done in terms of distributing food."

Staff at Countdown's new distribution centre on the city's outskirt are split into two teams, with about 100 essential workers there at once.

Supply chain manager Scott Bennett said the initial panic-buying spike at the beginning of each lockdown made them busier, which put a lot of "stress and strain" on the supply chain network.

"And it is quite unnecessary."

Staff had managed to fine-tune systems throughout the 18 months of the pandemic, so most days were now just like any other, Bennett said.

The distribution centre's job was absolutely vital and people might not recognise that, he said.

"Obviously they see what's happening in the stores.

"But obviously people don't understand what it takes to get the goods from the supplier, through the supply chain and to the store itself."

It was a similar experience for Aaron Fairburn, who manages Foodstuff's distribution centre around the corner - sending stock to New World and Pak'n'Save supermarkets.

"I don't know whether people make that logical connection."

It was hard for people to adjust to what seemed to be normal work arrangements, then return home to various alert level restrictions, Fairburn said.

"It's not just about that physical safety point of view, it's also about mental wellbeing because some people really do struggle with what lockdown brings outside of their job."

The company had to do "a lot of work around that", he said.

But Bennett and Fairburn were both very proud of what their teams had pulled off through the pandemic.

Fairburn said they recognised the important role they played.

He thought his team's strength to be able to step up to any challenges at various alert levels was "huge".

For the rest of the city, Smith was pretty proud too.

"Palmy's certainly batted above its weight yet again."