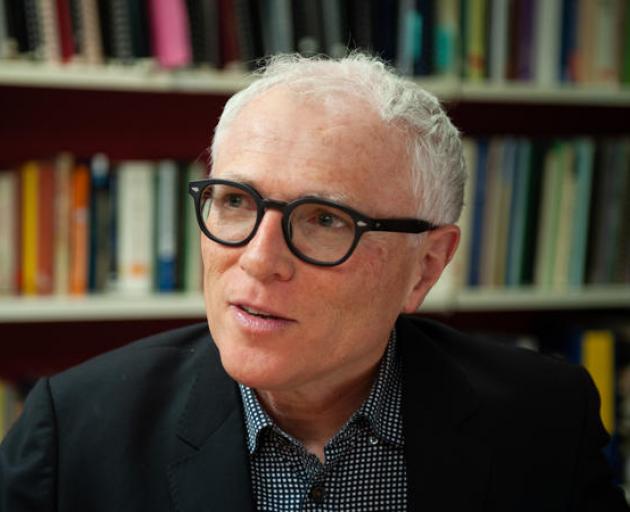 Prof Michael Baker. Photo: University of Otago, Wellington
Covid-19 could been have spreading in Auckland for weeks, with dozens of people already infected, two experts claim.

The two infectious disease experts say it's likely the four cases confirmed in a family on Tuesday are a few generations into an outbreak.

The family has no known connection to the country's border - the only place experts believe Covid-19 could have arrived.

Epidemiologist Michael Baker said an outbreak usually went through a few generations of transmission before someone became sick enough to present with symptoms.

That could take about three weeks, he said.

Physicist and disease modeller Shaun Hendy agreed, saying there could be several layers to the outbreak.

"If [the virus] has been passed from someone who arrived, and passed through several people to this family, then they could have passed it onto other people as well."

If the family was the tertiary contact of a border case, then there could be about 25 people infected - and as many as 100 in a worse-case scenario, he said.

Both men said the big worry was a super spreading event in the transmission chain - like a wedding or a party.

That could send numbers skyrocketing.

"It only takes a few super spreading events for it to suddenly cause a large outbreak that's very hard to manage," Baker said.

Director general of health Ashley Bloomfield told Morning Report it would be a worry if it was the case.

"It's possible it's been in the community for some weeks, but we have nothing to suggest it's a long chain of transmission.

"The great thing is we have found it and that we are getting on to finding out who else has it. Remember the problem here is the virus, it's not people ... and we want to find everyone who has been infected and support them and stop this chain of transmission."

However, Bloomfield said there was nothing to suggest the chain of transmission was long, "because we have had a lot of surveillance happening, not just the community testing, but also our surveillence of influenza-type symptoms, remembering that we are in the middle of winter, and we have not seen any rise in those".

He said they would be aiming to get a good picture of how long that chain is and ringfencing it over the next few days.

The co-leader of Te Rōpū Whakakaupapa Urutā (the National Māori Pandemic Group) Papaarangi Reid said she was grateful the family was tested because it brought the outbreak to light.

The country had become too relaxed and that would need to change, she said.

There were huge testing queues in Auckland yesterday.

It was good to see people getting tested again after weeks of refusing swabs because they felt there was no community transmission, Reid said.

The latest cases were a reminder the border threat from the global pandemic was still there, she said.

Baker hoped rapid contact tracing would clarify the extent of Auckland's situation quickly and help it avoid becoming another Melbourne.

With luck, the outbreak would be small, and the chain of transmission short, he said.

The Ministry of Health said about 200 close contacts were being traced, while up to 1000 people connected to the workplaces of the family had been ordered to self-isolate.

Way to go scaring people even more, even with his "vast" amount of book knowledge he doesn't get it.