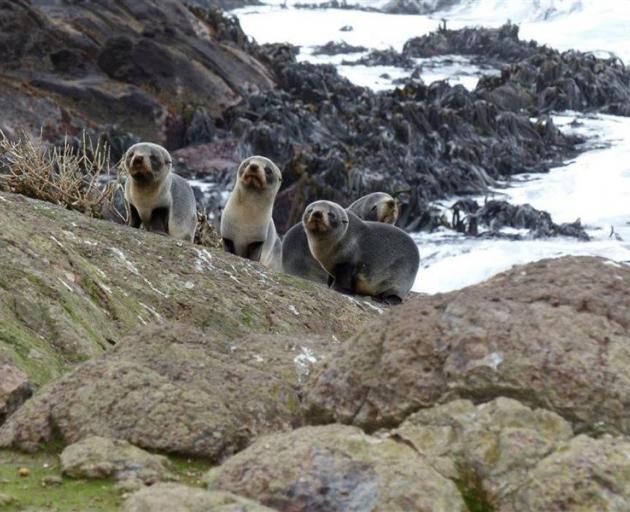 Fur seals. Photo: File pic/supplied
Six fur seal pups have been decapitated and their bodies dumped in a bay on Banks Peninsula.

The bodies of the 11-month-old seal pups were found on Monday by a tourism operator at Scenery Nook which is on the south side of Banks Peninsula.

The Department of Conservation (DOC) said it appeared the seals were killed elsewhere before potentially being dumped from a boat and left to be found by visitors.

"Due to the disturbing, brutal and violent nature of the crime against defenceless pups, it has been reported to the police," said Mr Thompson.

Fur seals, or kekeno, are protected under the Marine Mammals Protection Act and it is a criminal offence to harass, disturb or harm them.

Mr Thompson said antagonism towards seals is often due to the misplaced belief that seals are eating large amounts of fish species valued for human consumption, but this wasn't the case.

"Research show 90 percent of Banks Peninsula fur seal diet is made up of lantern fish which are not sought after in fishing.

"If people wish to ensure healthy fish and shellfish populations around Banks Peninsula, they should ensure they respect catch sizes and limits and make it their business to report illegal fishing in the peninsula's marine reserves.

"Last weekend, DOC's marine rangers interviewed eight people who appeared to be illegally in the Pōhatu Marine Reserve near Akaroa."

Three of the seals have since been buried by DOC rangers, the other three have been sent to Massey University for a necropsy.

"While the necropsy will determine the exact cause of death," said Mr Thompson, "we believe its incredibly unlikely sharks would have bitten the heads off six seals but left the bodies untouched."

DOC is appealing for any sightings of boats in the area since late last week.

"There were a lot of boats on the water enjoying the warm weather last weekend," said Mr Thompson. "If you saw anything suspicious, please let us know by ringing 0800 DOC HOT(0800 362 468)."