Hundreds of people have been tested at the free community blood testing clinic which opened on Tuesday with some part-time and former residents also requesting tests. Photo: Getty Images
An East Otago mother says she's been left confused and concerned as blood test results start to roll in after a lead contamination testing blitz.

It's been more than a week since residents in Waikouaiti, Karitane and Hawksbury Village were told not to drink or cook with their tap water.

Since then, hundreds of people have been tested at the free community blood testing clinic which opened on Tuesday with some part-time and former residents also requesting tests.

Karitane mother-of-three Jazhr Hansen has been waiting to get the results for her five-month-old son since they got tested on Tuesday.

But she missed the first call.

"I went to ring it back and it comes back as the Covid hotline, so then I was like 'what's going on?'. Because I obviously didn't put those two together that they'd be ringing from the same place."

Receiving the results was both a relief and stressful. Her son's result was 0.10 - less than half the Southern District Health Board's threshold of 0.24.

Hansen said she was still worried because her neighbour's 14-year-old son had half the level of her five-month-old son.

"But I just thought that was so weird because he's five months old so ... where did that come from? And then I said to her 'how does that happen, he's five months old', and she said ' oh, you know, he could have drunk the water on the day of the spike or he has been putting stuff in his mouth'.

"But he's five months old so he absolutely hates being on the ground so he's quite often sitting with us or I'm carrying him."

So far she did not know of anyone who had received results near or above the threshold, Hansen said.

She was not aware all of the test results would be coming through individually so she did not get her results at the same time as her son.

"At the time, when you're trying to digest information and they don't know where yours is you start to panic because you're like 'are they not telling me because they need some advice first before they tell me or what's the deal?' So it's like a wee bit of panic as well."

Hansen is planning to speak to her doctor about the results.

Michelle Cox has lived in Waikouaiti for nearly a decade.

"No one can say how long those spikes have actually lasted ... no one can say it's only been there a few hours so we wouldn't know who has been drinking the water at what time of the week and whether that's been part of that spike or not, or whether they've missed spikes," Cox said.

The recent water scare has motivated her family to go beyond getting their blood tested - they're putting in a water catchment from their roof.

"So we're going to try and remove that question mark ourselves by going independently with a water tank for rain water."

One Hawksbury Village part-time resident and her partner decided to get tested, but didn't want to travel from her main home in South Canterbury to the free clinic.

She's been more than happy with the support from Public Health South and is lined up to get tested tomorrow at her local GP.

"Whereas somebody that has left from any of the other communities may not quite see the need or the importance from a statistical point of view, somebody who's been living here for 20 years might have moved on and these statistics, I believe, are very, very important if there are any issues."

Anyone who has lived or worked in the affected area for one month in the past year or two weeks for pregnant women and babies is eligible for a funded test.

Lead builds up slowly and leaves the body slowly once exposure stops, he said.

"So if people have not lived in the area for some time then it's very unlikely that any levels that may have been caused by water would still be causing their blood level to be an area or a level of concern."

Testing former residents would provide reassurance and help to build a better picture of whether there was a long-term contamination problem, Dr Butchard said.

People could ask their GP for a copy of their test results, he said.

He expected a public meeting to discuss the community results will be held before the end of the month. 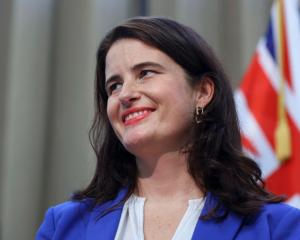