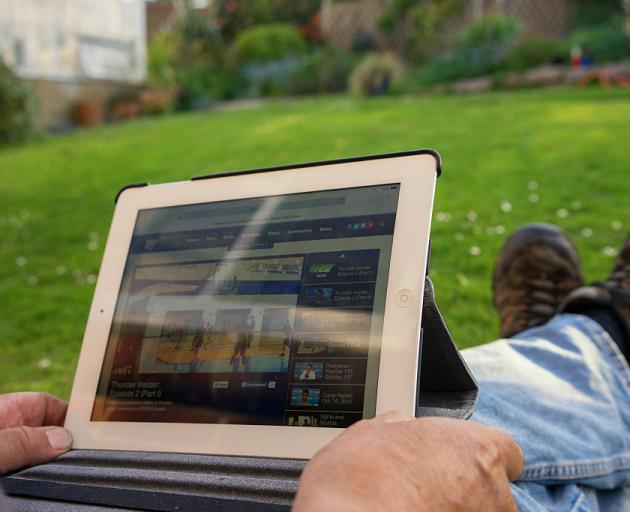 Streaming anything with an image - including films, music videos, sports events and shopping is expanding at a rapid pace. Photo: Getty Images
A computing and communications academic warns that live streaming music, films and information via the Internet is harming the environment.

A senior lecturer at Lancaster University, Dr Mike Hazas, said it was leading to increased carbon emissions, and therefore adding to challenges around climate change.

He said standard household appliances and lighting used about 15% of domestic electricity demand - although air conditioning use was on the rise in some places.

But consumer electronics such as Smart televisions took up around 35% of electricity demand.

"The more screens we have running, then the more power it's going to take in the home."

Dr Hazas said video streaming now took up to 65% of all internet traffic, and it was set to rise.

Streaming anything with an image - films, music videos, pornography, gambling, dating and shopping was expanding at a rapid pace.

"That's where we might start asking questions about what the upper limit might be," Dr Hazas said.

He said streaming also required a large amount of "invisible energy" outside the home, such as that used by broadband, DSL or fibre communication networks.

Then further on, the energy used by the data centres and content distribution networks also had to be considered, Dr Hazas said.

"As a rule of thumb, that roughly doubles the total energy due to streaming, so whatever your TV is consuming - say 200 watts, you might have a similar amount of energy that is consumed outside the home due to streaming something like YouTube or Netflix."

Dr Hazas said looking ahead, the forecasting showed about 80% of all internet traffic would use streaming by 2021.

He said it was not clear how much more it was costing consumers in power bills. Companies were good at building data centres close to relatively inexpensive energy so could help to provision new renewables such as geothermal, wind or solar energy to help with the additional demand, Dr Hazas said.

"But I would say more often than not, they do draw from the national or regional (power) grids and purchase energy wholesale to make up for that."

He said in the large data centres there was an assortment of diesel generators that sat on the roof, and which "kicked in" for back up, but it was not clear how much they generated in emissions.

The lecturer is somewhat on the mark but he is ignoring some other "facts".
Average household power usage has actually dropped over recent years. Low power lighting, more energy efficient heating, cooling and appliances have all contributed. Thats without going into double / triple glazing and insulation, something from another planet just 30 years ago.

Yes, people can be deluded into "no emission" electric vehicles and the like, but people shouldn't be completely misled by so called scientists.

He's dived head first into green religion. I will counter it with another subscription to a favorite streamer.