A man has been arrested in Christchurch in connection to a double homicide in Tauranga on Tuesday.

They liased with a local school near where the arrest was made to make ensure staff and children were safe.

Police said that enquires into the double homicide were ongoing and it's believed the man arrested today and the man shot by police last night were known to each other.

"While we understand events in Tauranga this week have been concerning for the community it is hoped they will be reassured by the arrest today, as the safety of the community is police's priority," they said.

Police said they attempted to stop a vehicle last night at 7.46pm on Carmichael Road in Tauranga, in relation to an ongoing double-homicide enquiry.

"The vehicle failed to stop and a firearm was discharged at police. The vehicle fled toward the CBD, and continued to fire shots at police.

On Tuesday, the bodies of two men were found on the large rural property on Ormsby Lane close to the McLaren Falls, south-west of Tauranga, after police received reports of gunshots.

People who live nearby saw cars driving up the small gravel lane at great speed shortly before multiple shots rang out. 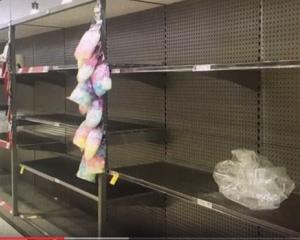