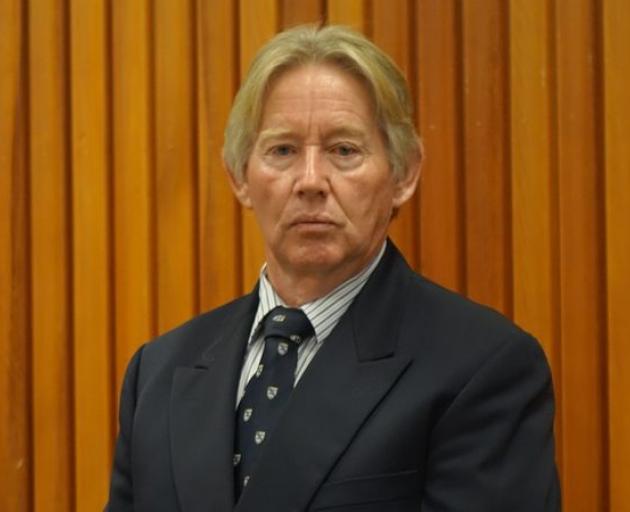 Gregory Ross Buchanan. Photo: RNZ
A Taranaki man accused of blackmailing the Department of Conservation (Doc) in an attempt to end its 1080 pest control programme has lost a bid to keep his name secret.

The Crown alleges Mr Buchanan wrote four letters between September 2017 and November this year threatening to release Sika deer into the Doc estate, including Egmont National Park, and to poison meat and milk processing plants.

It said Mr Buchanan's aim was to force the department to stop using 1080.

That was opposed by police prosecutor Detective Sergeant Dave MacKenzie who argued Mr Buchanan had no grounds for name suppression.

Judge David Cameron granted recording rights to media arguing there was huge public interest in the case and the principles of open justice applied.

He turned down an application for interim name suppression on the same grounds.

Judge Cameron remanded Mr Buchanan to a New Plymouth address and ordered him to reappear on 29 November.

As a condition of his bail Mr Buchanan is ordered not to enter Rimu St where the Department of Conservation office is located in New Plymouth.

He is also ordered not to approach Department of Conservation staff or to enter Doc land.

Doc received four letters of a threatening nature relating to the use of 1080 between 25 September 2017 and 6 November 2018.

Prime Minister Jacinda Ardern also indicated she received threatening letters relating to the use of 1080.

New Plymouth police said they're continuing to investigate the illegal release of Sika deer into the Taranaki conservation area.