A man claims to have seen someone fleeing the crash that killed three people in Christchurch last night.

Meanwhile Stuff has reported the car was believed to be stolen and the three killed were the driver, 16, and two boys aged 13.

Police said they began the pursuit after a vehicle was seen speeding in the city centre at about 11.13pm.

They said it is believed the car continued to drive at speed on Blenheim Road.

Police said they weren't in pursuit of the vehicle at this stage but laid spikes in an attempt to stop the vehicle. 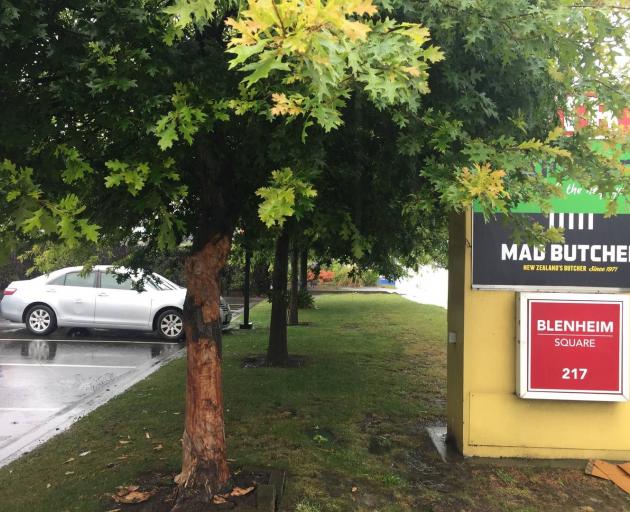 The car ran over road spikes and crashed into this tree. Photo: NZME

The vehicle hit the spikes and crashed into a tree, catching fire, they said.

Police said all three occupants died at the scene. They were working to notify and support their next of kin and the staff involved.

However, a Christchurch resident said he saw a man fleeing the scene last night.

Ralph Cullen, who lives nearby, said he heard the crash and the sound of breaking glass.

"Went and looked out the window, there was a car on fire outside the Warehouse Stationary. A police car immediately pulled up, another one came from the other direction.

"I seen someone run from the vehicle straightaway when there was only a small fire, and the fire just got more and more intense."

Mr Cullen said emergency services were there until the early hours of the morning cleaning up.

A police investigation has begun and the Independent Police Conduct Authority has been notified, they said.