Across the country, 685 people died by suicide in the year to 30 June. Photo: Getty

Mental health experts have called on the government to establish a clear plan and invest more money to reduce the national suicide rate.

Figures released yesterday show the number of suicides in New Zealand rose for the fifth consecutive year, with a sharp increase among teenagers and Māori.

There were 13.93 suicides per 100,000 people this year, up from 13.67 last year, the annual provisional suicide statistics showed.

Across the country, 685 people died by suicide in the year to 30 June.

There were sharp rises in the number of Māori and Pasifika people dying by suicide, with respectively 17 and 11 more deaths than the previous year.

Health Minister David Clark said a suicide prevention strategy would be released in the coming weeks.

Ōtaki was hit by a series of suspected suicides last year.

Ōtaki College principal Andy Fraser said in his school there was just one guidance counsellor for all 500 pupils, and the people responsible for the students' wellbeing were overworked.

"Our guidance counsellors who work tirelessly in secondary schools are, I think, completely overburdened. If they don't have the resources that's a big weight to be carried on a small number of people's shoulders."

He hoped a new government strategy will kickstart a reverse of the trend.

"We can't just do one-offs. This has got to be a long and sustained intervention if we're going to see a reduction over time.

"How do we build the capacity of mums, dads, brothers, sisters, friends to actually look after one another?"

Health Minister David Clark told Checkpoint the government was taking mental health seriously by allocating $40m towards suicide prevention including bereavement counselling, and the prevention strategy would be released within weeks.

But National Māori Authority chairperson Matthew Tukaki said the government should have established the strategy before investing.

"I understand that the government have said they're going to put all this money into addressing this problem. It's actually not the money. The money has come too soon. What we need to be doing and need to be doing quickly is investing in an actual plan. What is the plan?

Mr Clark said it was important to get the strategy right. "We have a shameful suicide rate in New Zealand. All of us want to make that different. Having a strategy in place that guides people is really important."

Dr Maria Baker, head of Māori wellbeing organisation Te Rau Ora, hoped that meant a radically different approach to dealing with Māori suicide rates, with money allocated directly to Māori, who are affected by suicide at a disproportionately higher rate than Pākehā.

"What we need to have happen is to see the government shift the pūtea (funding) to us so we can get it to our people faster," she said.

"There are processes certainly under way, but given the situation it can't be quick enough.

Mental Health Foundation chief executive Shaun Robinson was also hoping to see real change soon. "I guess in the government's support, I was very pleased to hear when they announced the overall budget of $1.9 billion over 4 years, they immediately said 'this is just the start', so we've got to be cautiously optimistic."

Mr Robinson told Morning Report a strategy was needed several years ago and the previous government dragged the chain on responding to the issue.

"We haven't been doing anything different for a number of years so we can't expect a different result."

Mr Robinson said services are only one small part of what is required.

"It's a multi-faceted approach that we need."

Of those approaches is equipping the community to support each other.

"It is actually the thousands and thousands of caring New Zealanders ... equipping ordinary people to be able reach out when they see the signs that somebody is distressed and understanding those signs where someone's behaviour may be changing."

Mr Robinson said people don't need all of the answers but they need to be there and stay with someone who says they are thinking about suicide.

He said to let the person know they are cared for and you will help them through it.

Inequality, poverty, unemployment and housing issues are all critical factors behind the increase in the suicide statistics, he said.

"You don't have to be a rocket scientist to see those some of those really basic factors and stressors in a person's life and can add to other factors and really tip someone over the edge," he said.

"We need to reduce those drivers of people's despair, we need to equip the community to be able to support each other and reach out to one another, we need to have services available when people are really struggling."

With the national strategy due to be announced in the coming weeks, Chief Censor David Shanks said he hoped it would mean more organisations, with more people, with greater expertise, would be able to get round the table and discuss meaningful change.

"I think we're all very hopeful that the strategy will be able to put ourselves and other agencies literally on the same page, about the direction of travel and the roles that each individual agency can play, in making a difference in this space." 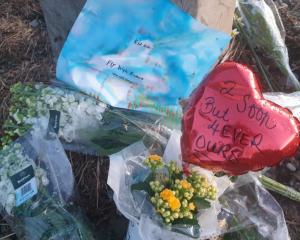