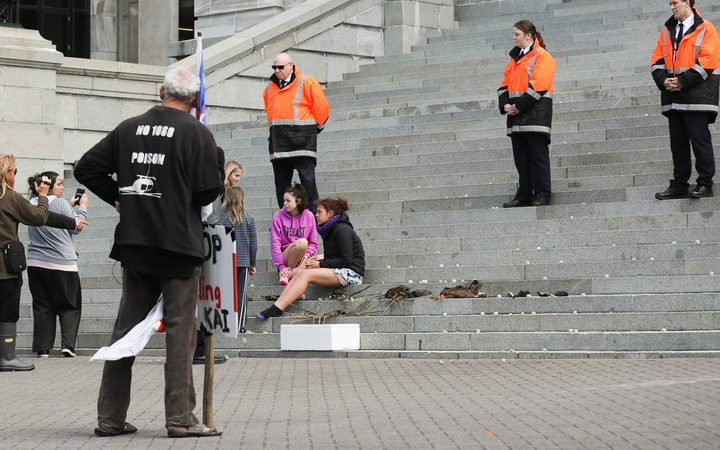 Six birds - including kererū, weka, red-billed gull and kingfisher - were strewn across Parliament's steps, in what activists labelled "an act of theatre."

Parliament's speaker Trevor Mallard said at the time that the birds appeared to have been bludgeoned and laid a police complaint.

Autopsy results show two of the birds were hit by vehicles, two flew into windows, one was too decomposed to tell the cause of death and an adult Weka appears to have been shot, most likely with a .22 rifle.

Forest and Bird said the protest leader needed to tell police who killed the protected bird.

"Weka are such special birds, anyone who encountered one will have a story to tell. It's very concerning that someone out there has deliberately hurt a native bird, and passed it on to be used as a prop in their campaign of misinformation," said chief executive Kevin Hague.

"Like all our native animals, weka need their forest homes to be from safe rats and stoats. We should all be supporting the Department of Conservation to do what they do best, which is care for our native wildlife.

"It's an offence under the Wildlife Act to shoot protected birds. The protest leader mislead the country by claiming the birds had been killed by 1080, and then denied he said it. He needs to distance himself from this latest criminal act and tell the police what he knows about who killed this weka," Mr Hague said.