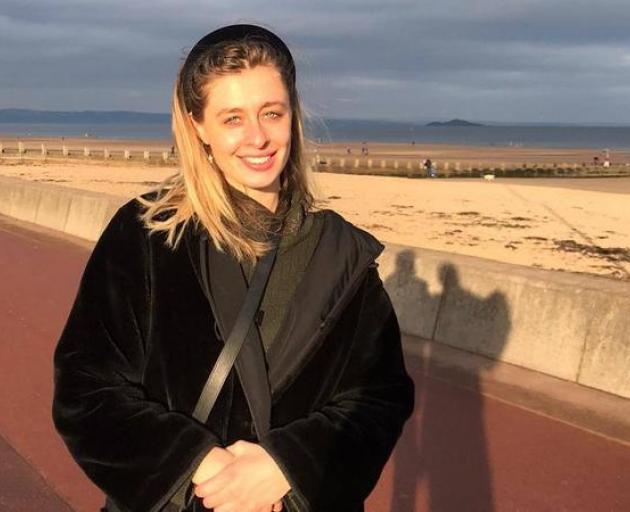 As the world grapples with its worst health crisis in a century, a secondary pandemic is starting to take hold, one which could be with us for months if not years after Covid-19 has been eradicated.

The "long haulers", as they call themselves, continue suffering from the effects of the virus long after they have cleared it from their system.

They can experience a bewildering array of symptoms, crippling fatigue and "brain fog" being among the most common, but also severe breathlessness, heart palpitations, chest pain and badly aching muscles or joints.

Many feel they are not being heard or supported, with some being told by their own doctors that there's nothing wrong with them.

Jenene Crossan was diagnosed with Covid-19 in March last year and spent four traumatising days in hospital. Ten months later she continues to suffer from the effects of the coronavirus.

"I found my body started to be really inflamed, triggering all sorts of internal issues. By July I ended up having surgery," she said.

"It turned out I had been growing very successfully - internally - a bunch of cysts and other things like that [which are] inflammatory responses."

After surgery she went downhill quite severely.

"I ended up having the better part of another six weeks of being really unable to do much of anything."

One of her worst symptoms was the debilitating "brain fog" common to long haulers.

"I had one day when I woke up and I genuinely thought I must have dementia because I couldn't string a sentence together," she said.

"The arthritis-like joint pains very much follow down the path of what ME or chronic fatigue [syndrome] is like, but it has other layers to it - my cough and my lung issues went on for a really long time." 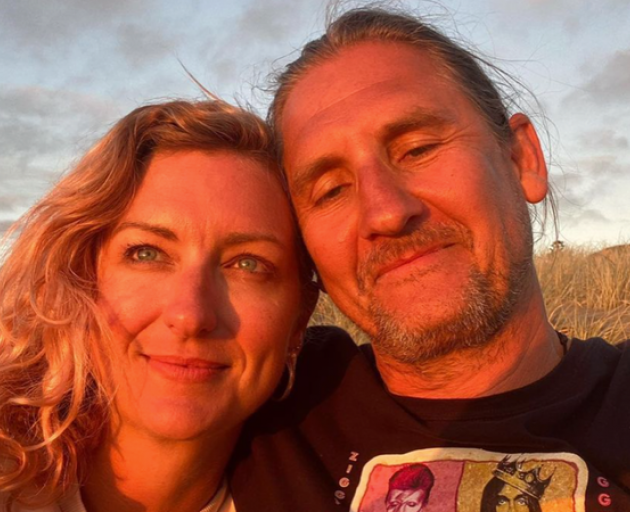 Long hauler Jenene Crossan and her husband Scottie Chapman Photo: Supplied
Perhaps even more troubling for long haulers is the lack of support available to them, with many finding that their doctors refuse to believe them.

"Most are grappling on their own to try and piece together how to fix themselves," Crossan said.

"They feel in the dark, unsupported. Most of them now don't even bother telling their doctors they suffer in silence. A huge volume of people go downhill with mental anguish."

With official channels proving inadequate, long haulers began seeking one another out online and the New Zealand Covid Long-Haulers Facebook page is now considered by many as the primary source of information and support in the country.

Freya Sawbridge, who developed symptoms the night she returned from Europe last March, started the page.

"I can be sympathetic towards ignorance - it's a novel virus [and] I don't expect to go to the hospital, like I did during one particularly hard relapse, and for them to have answers," she said.

"But I am shocked at the way I'm dismissed and the arrogance with which doctors tell me nothing's wrong with me.

"You cannot tell a patient who is suffering, and the thousands of people around the world who are reporting the same symptoms, [that it's] all in your head - it's just anxiety, nothing's wrong with you."

The most severe symptom Sawbridge suffered was intense dizziness that lasted for about five-and-a-half months.

Contrary to what many people assume about long Covid, the then-26-year-old said she only had mild symptoms during her initial illness.

"I thought I'd make a recovery after two weeks, and I actually did, and I felt absolutely fine," she said.

"And then I relapsed badly four days later. All my initial symptoms such as chest pain, intense dizziness, headaches, fatigue, numbing of different parts of the body. They all returned rapidly and they were significantly worse than the first time round."

She continues to suffer chest pains and heart palpitations and has still not recovered her sense of taste and smell.

One of the few New Zealand researchers studying long Covid is respiratory physician and senior lecturer in medicine at the University of Otago Dr Michael Maze.

He and his team have been following people in the Canterbury region who caught the virus during the first wave of the pandemic in order to assess their recovery.

While the research is still in its early stages, he said Covid is a real phenomenon and Covid-19 survivors are suffering all over the world.

"I think we certainly are seeing that there are plenty of people out there who are telling us that they still haven't recovered," he said.

"I think the pattern that you're seeing overseas, with a proportion of people - 10, 20, 30 per cent - who don't seem to be recovering three months, six months after the illness, we're seeing a similar pattern in New Zealand.

"What we don't yet know I think is truly what proportion is really incapacitated versus [those who are] not quite better but they're definitely getting better.

"And also, truly how long it will last; in some ways six months is a long time but a year from now, will they have totally recovered? Well, we don't know yet because it's too early to know."

For now, the least clinicians can do is to acknowledge that the long haulers' plight is real, Maze said.

"Talking to some people who've had these long symptoms, the ... first thing they say is, 'I've had a really hard time getting people to acknowledge that I'm sick here'," he said.

"They feel there's a perception that they should be better and that they're not being taken seriously. I think as clinicians perhaps the first thing we should do is to just sit down and say, 'Yip, I hear you and I hear you're not getting better and we don't have all the answers yet but we're going to chip away at this and see if we can't support you'."

There are a number of researchers who are seeking government support to carry out studies into Covid-19, including into long Covid.

Immunologist Anna Brooks, a senior research fellow at the University of Auckland, wants to investigate its long-term effects on the immune system.

"People that have had Covid here and have got chronic symptoms still, many of them contracted the virus back in March so, you know, here we are quite far along the track from March 2020 and they're still suffering and nobody knows what to do," she said.

"There are a number of underlying things here. One of them is obviously how to help them because they're suffering, Sadly there's no short answer there. Nobody really knows yet and in fact it's going to be research that allows us to, at least, help get some answers.

"At the same time, the other big grey area for these sufferers is that many of them were never confirmed as positive cases. Some were probable, some were likely, you know, back in March you weren't allowed a test unless you had history of travelling through China.

"One of the common things in all of these long-hauler groups internationally is as much as half of them never were confirmed positive."

Brooks said scientists need to be supported to develop the more specific tests currently only available in research labs, so they can give people certainty about whether or not they have had the virus.

It is also important to remember that among the continual stream of New Zealanders returning home, many will have had Covid but may not have had it confirmed by a test, so as it stands they will not be followed up by health authorities here, she said.

Brooks said due to New Zealand's Covid-free status, the country is uniquely placed to allow researchers to gain a deeper understanding of the long-term effects the virus has on the body, including how long immunity lasts for.

Sawbridge urged the Government to get on board.

"Right now my main concern is: I want long Covid to be formally acknowledged by the government so people can stop thinking that youth and good health offer an ultimate protection against the virus, you know?

"I never thought I'd be in this position, still having effects one year on, and I was so young and healthy.

"If they formally acknowledge long Covid we can stop the belief that Covid only causes death in old people - that's not the only outcome of the pandemic.

"I want recognition and, yeah, I want research. I want us to be studied so we can actually understand what's going on."

A statement from the Ministry of Health says it is actively monitoring the longer term outcomes of Covid-19 infection.

It is considering options for establishing a project to follow-up New Zealanders who have had the virus.