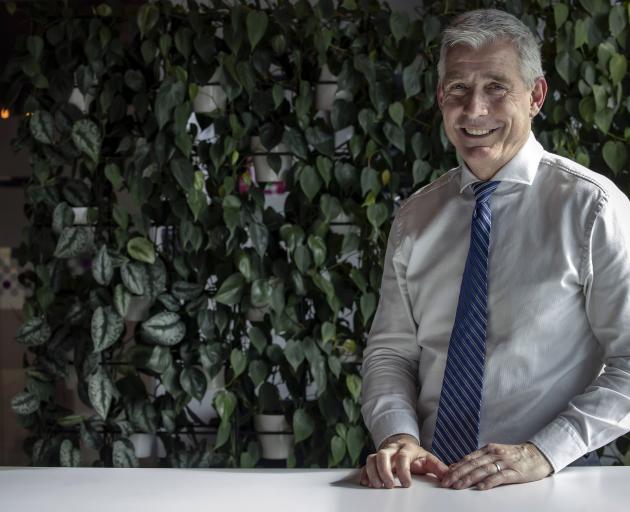 The national airliner announced yesterday it had stood down 15 aircrew members as close contacts of an employee who had tested positive for the Covid-19 variant.

In a statement, Air New Zealand said it has significant precautions in place for crew set out by the Ministry of Health and the airline's medical team, including wearing PPE and regular surveillance testing.

However, Foran told Morning Report he was now aware of other crew members showing symptoms of the virus and that he expected more cases to be confirmed.

He said the company was doing all it could to stay operating, but that it would need help doing so going forward.

"Over yesterday, we were dealing with the fact that not only this crew member had obviously picked up Omicron, but we've taken the precaution of standing down a number of pilots and other crew," he said.

"I understand that a couple of the other crew are showing symptoms at this stage.

"This will move quite quickly and we do anticipate we'll be dealing with quite a few more cases."

Yesterday, the company released a statement saying it had "significant precautions" in place for all customer-facing staff in the air and on the ground.

The company's aircrew and customer-facing employees are fully vaccinated and customers over the age of 12 travelling domestically need to show either proof of vaccination or proof of a recent negative test result.

The vaccination requirement for all international passengers comes into effect from 1 February.

"Back before we headed off into the New Year on 30 December we decided that we would upgrade the quality of the masks right throughout the organisation of our 5000 or so customer-facing roles to the N95 mask," Foran said.

"We then stopped selling any passenger seats that were going to be opposite any of the crew on the domestic network. Then, finally, we stopped the domestic food offer and we did that back on 1 December, because we could see in all likelihood we'd be dealing with Omicron and frankly it's taken a bit longer to get here than what I thought, but now it's here I'm glad we took those actions."

He said New Zealand was still the safest airline to travel with in the world.

Foran said the crew member who caught Omicron was wearing an N95 mask and had been following all the safety protocols. Training had been supplied to fit the mask properly, he added.

The fact the crew member had still picked up the virus was a worry, Foran said.

The airline was preparing for the impact Omicron would have on its customers and employees.

The national carrier is free to operate in the red setting and there are no regional borders in place as there were during the recent Delta outbreak.

But the airline boss said he was in discussions with government over how the airline's domestic and international flights could continue to operate as the company faced issues of standing down staff over the coming period. He expected to have clarification on how it could deal with the matter by Wednesday.

"We've seen this play out internationally," he said. "Just last Friday I had the opportunity to have a chat with the chief executive of Scandinavian Airlines. He was telling me what it was like dealing with Omicron and they were seeing 25 percent absenteeism.

"This is very difficult. I think we're going to see quite a few Air New Zealanders unfortunately, despite all the protocols and procedures that we have in place, are going to end up catching Omicron.

"We're going to need some help to deal with running the airline and on how critical workers are going to be handled in terms of stand-down time and testing..."

"It won't just be airlines, it will be supermarkets, and hospitals and other transport providers, and it's going to be important that we get those things in place. Not just to move customers, but cargo as well. It's critical that we continue to keep domestic and international lines open."