Rockets fired at base home to NZ troops 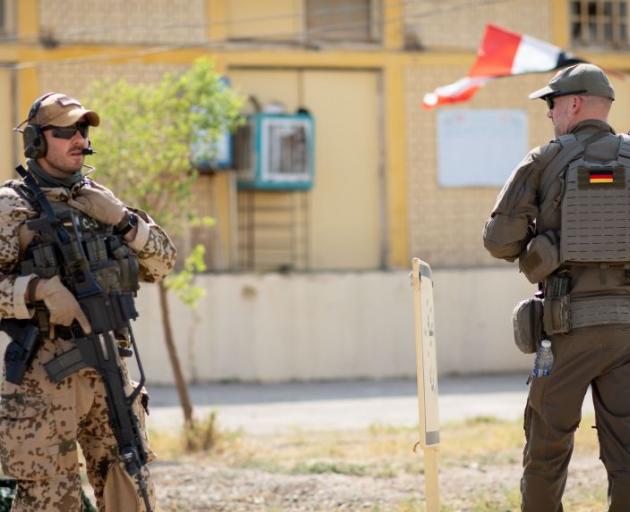 The Taji airbase in 2018. Photo: Getty Images
Rockets have been fired at the US army base in Camp Taji, north of Baghdad, which houses New Zealand's remaining troops in Iraq.

An Iraqi military statement said the camp had been targeted by Katyusha rockets.

Sky News reported a missile landed near the camp's gates, wounding a member of the security forces.

Taji is the base where the remaining 45 New Zealand defence force personnel are stationed in Iraq.

The Jerusalem Post reported five rockets were fired at the army base, which also hosts US troops.

The BBC reported no rocket hit the base itself.

Camp Taji was not the target in those attacks and no New Zealanders were injured.

No details on damage or casualties have yet been released.

Tensions are high in the Middle East after the US killed top Iranian general Qassem Soleimani in a drone strike at Baghdad airport.

NZ govt and military is helping maintain USA occupation of Iraq and Syria (Partly for "securing the oil" like trump said of US presence in NE Syria). Iraq was invaded on false pretenses and the invasion and/or "regime change" of Iraq and Syria using proxy forces had been planned in the USA since the early nineties in the 1992 draft Defense Planning Guidance and the 1996 A Clean Break Strategy written for Israeli Netanyahu government. It was about creating a unipolar superpower by taking out any potential rivals using "pre-emptive strikes" and other methods including those mentioned above. Regardless of whether these strategies were officially used or not - the actions of the last twenty years have shown that these methods were used and continue to be used today. Why is NZ military there, really? Not for the reasons that are officially given.