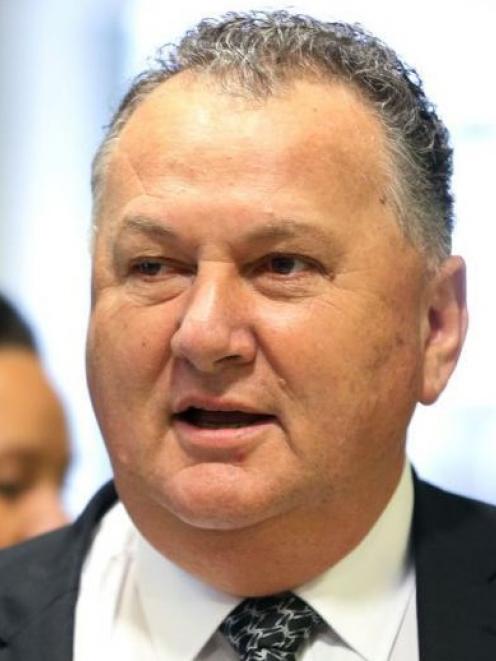 Shane Jones
Shane Jones has had to correct 20 answers to questions from the National Party after he failed to disclose meetings he had earlier this year.

Some of those were with people who have an interest in the Provincial Growth Fund.

Mr Jones, the regional economic development minister, said he took full responsibility for the muck-up, which he put down to a transcription error from his outlook diary.

"I'm not from the school of thought that the staff in my office should be tossed under the bus. I as the robust, Tai Tokerau, Dalmatian, Māori politician shall take it on the chin."

National MP Paul Goldsmith uses weekly written parliamentary questions to ask Mr Jones who he meets, and what for.

He said this slip-up by the minister seriously concerned him, because it was not one or two meetings he missed, but 61.

And, he said, a number of those meetings were to do with the $3 billion of public money Mr Jones had responsibility for.

"What's made me nervous, is that we regularly ask who he meets with and you can understand that a minister would make the occasional mistake. But what we saw here was 61 meetings which he hadn't initially declared, which he is now declaring."

The forgotten meetings include a number with regional and sector representative groups, like Kiwifruit New Zealand and Whakatōhea Mussels.

There are dinners and site visits with local mayors, tourism groups and business representatives, as well as regular catch-ups with Mr Jones' own ministerial colleagues.

There was also a meeting with the former New Zealand First MP Pita Paraone, who now has interests in an Iwi forestry project which has received a financial injection from Provincial Growth Fund.

Mr Goldsmith said that last meeting raised flags with him because Mr Jones still had not provided any proper detail about the projects.

"There's been some controversy over the money that went to Ngāti Hine. Now I'm not saying there's anything untoward in him meeting with that person, but the fact that he didn't declare that meeting initially, and later declared it after our office queried the nature of what he was releasing, raises alarm bells."

"Pita Paraone obviously is a senior identity. I'm always meeting and talking with him about the Waitangi Battalion Museum."

The correction was made by Mr Jones' office in an email to Mr Goldsmith's office on 16 October.

Mr Jones said he has received approximately 3000 written questions from National since he became a minister, the majority of which had been answered accurately.

"This figure represents one percent, so in the bigger scheme of things it's small fry. But the moment that the office uncovered that some of the meetings had been miscast, then we let [them] know."

Prime Minister Jacinda Ardern agreed the sheer volume of written questions from the opposition could impact accuracy of answers.

Mr Jones' error follows a diarying mishap by the former minister Clare Curran, who was sacked from Cabinet for not properly declaring meetings she had with senior figures related to her portfolios.

Earlier this year she failed to declare a late-night meeting with her preferred candidate for the Chief Technology Officer position, Derek Handley. That was after she left a meeting with the former RNZ news manager Carol Hirschfeld out of an answer to a written question from the opposition.

Does anyone else find it ironic that after National's disastrous saga with Jami-Lee Ross, in which their behaviour was far from blameless and his was nothing short of astonishing in all sorts of ways, they continue to hound government ministers with what seems like bloodlust? All they do is relentlessly find fault with other people and go all out to undermine them. Where are their positive contributions and ideas and policies? What is National doing to make NZ a better place? How are they helping people? They are just one big bashing machine that appears out to destroy their opponents and their careers. Ugly and deeply uninspiring.

wheres all the pine trees / plus plus plus maybe shane is trying to talk to 1000000 of them .and that's all he will do