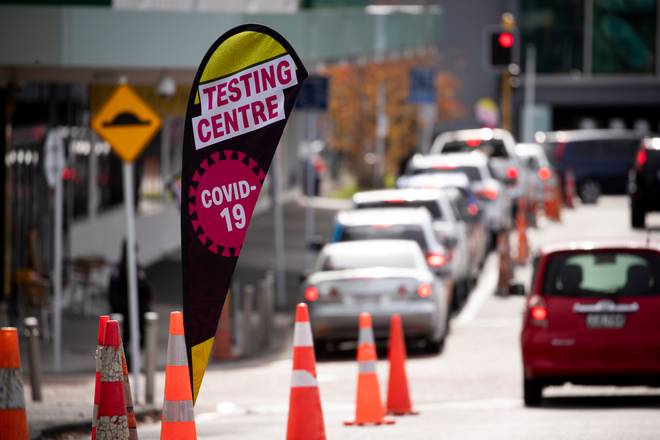 Covid-19 testing has been taking place around Auckland. Photo: NZ Herald
Auckland's public health service tried to get out of a huge increase in Covid-19 contact tracing requirements, saying they seemed unnecessary.

The Ministry of Health ordered public health units in May to increase their ability to contact trace after a report found that was seriously lacking.

Auckland was told it must be able to trace 177 cases a day - more than four times the number of cases the city had on any day at the height of the outbreak.

In emails released to RNZ, the Auckland Regional Public Health Service initially asked the ministry to strongly reconsider that number.

The 177 figure seemed "incongruent," the May 7 email said.

That was because the country's elimination strategy meant it did not seem feasible that Auckland would ever get to that number, the service said.

And it worried it would struggle to also do the daily symptom checks needed for every Covid-19 patient if it was having to contact trace on that scale as well.Staff calculated that if cases reached 120 a day, the service would have to make 20,000 symptom phone calls per day by the 24th day.

That prompted the ministry to say its national contact tracing service, which complements regional services, would pick up the checks.

The series of emails between the service and the ministry, spanning May to July, also contained information about worries from the country's other public health units.

It said it would be ready to trace 120 cases a day instantly, with the ability to scale up to 177 within four to five days.

RNZ understands that was considered acceptable.

All public health units were now expected to have reached their goals, but a report on how they have fared had not yet been released.

Health Minister Chris Hipkins said last week they had met the requirements but there may be some new recommendations.