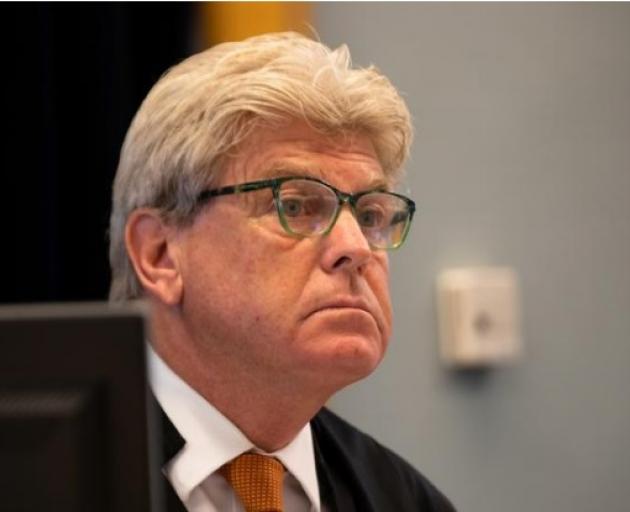 A 28-year-old man was yesterday jailed for life after being found guilty of murdering the British backpacker in his Auckland apartment.

Speaking outside court, the head of the investigation, Detective Inspector Scott Beard, said the defence argument that Ms Millane accidentally died during consensual sado-masochistic sex revictimised her family and should not be allowed.

However, Professor Warren Brookbanks from Auckland University of Technology said the law existed to punish the guilty - but also protect the innocent from wrongful conviction.

"One has absolute sympathy for the families of victims caught up in these terrible events.

Presumption of innocence was "a pillar of justice", he said.

Criminal barrister Simon Shamy said people facing criminal charges have the right to defend themselves in any way they can.

"It seems to me that given the balancing exercise between someone who in theory is presumed innocent and has a defence, and hurting people's feelings, the law really must protect the accused to make sure they get a fair trial, because that's the whole point of our system of justice."

Shamy said it was a misnomer to describe the rough sex defence as "victim-blaming" because raising the context in which something happened was not the same thing as saying it was the victim's fault.

"He's facing life imprisonment and his defence was 'this was an accident that occurred within a certain context'.

"So I don't think that if he's going to be able to fairly present his defence, he can be hamstrung and censored in what he can say happened."

News media had their own motivations for covering a trial, and "the more salacious it is, the more interesting people will find it", Shamy said.

However, within the courtroom, it was up to the judge to decide whether to allow certain evidence to be heard.

"Certain details aren't necessary but some details are. The test always before the court is to only let in evidence that's relevant. So if something isn't relevant, the judge won't let it in."