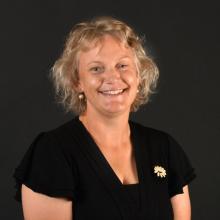 The award encouraged journalists to report on the achievements of women living and working in rural communities.

Entries in this year’s award had to comprise two articles broadly based on the theme of "rural women making a difference".

Ms Rae’s entries were on Kate Ivey, who runs her business Kate Ivey  Fitness, Health and Inspiration from a farm in the Mackenzie, and Julie Dee who spoke out about the need for people to wear seat belts, following the death of her husband, Paul, in an ATV side-by-side buggy roll-over in April.

The award was announced at the NZ Guild of Agricultural Journalists annual awards dinner in Wellington last night.