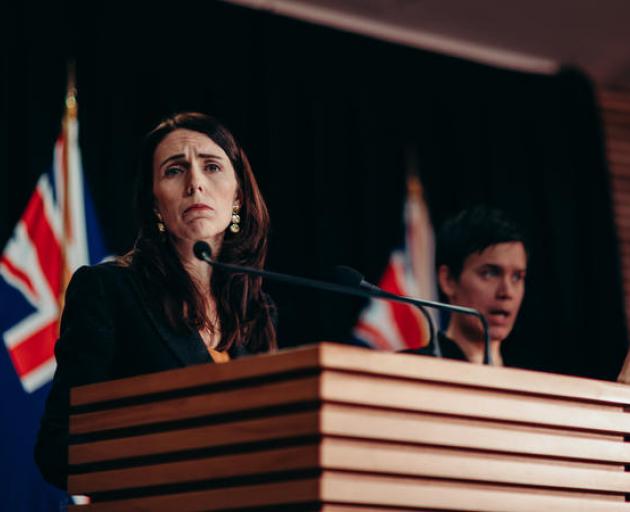 She told RNZ's Morning Report programme today a process was now in place that took a "victim-centred" approach and that the priority must be about complainants' voices being heard, something her party had previously failed to do.

However, Ms Ardern said she stood by all her actions on the matter, reiterating that she knew nothing about the sexual nature of the allegations.

The ex-staffer at the centre of the allegations, who was employed by Parliamentary Service and worked in the Labour leader's office, quit his job last week. He continues to say he has done nothing wrong.

An independent reviewer will oversee work done by Labour Party lawyers into who knew what and when, and how it handled complaints. The other review by Maria Dew, QC, will focus solely on the complainants and the substance of their allegations.

Ms Ardern made her comments after Auckland lawyer Simon Mitchell, who sat on the Labour Party panel investigating complaints against the staffer, put out a detailed statement yesterday denying there was ever any mention of sexual assault.

A complainant continues to insist that she specifically referred to sexual assault.

"We do need to get away from this claims and counter-claim situation," Ms Ardern said.

"A victims-centred approach of course would mean that we put the complainants at the centre, that means giving them the space they haven't clearly had to date to have their voices heard."

She said Mr Mitchell's statement was motivated by a desire to defend a reputation, but that no one was served by this.

"My view is we need to call time. The QC is now available for complainants to have their views heard. We do need to demonstrate what it is that the Labour Party knew, what it did about those claims that were brought to it. That will be dealt with as well.

"But now is the time, rather than having this contested in the public domain, which does not serve the complainants, that is the place for those things to be dealt with."

She acknowledged that the situation was brought into the public domain due to a failure of the Labour Party's internal processes, when complainants believed they were not getting redress.

The Labour Party cleared the ex-staffer of wrongdoing in July.

The Prime Minister said the terms of reference for Ms Dew's investigation into the claims had now been agreed with complainants and the other an investigation would look at the party's own failings so help bring about a culture change within Labour. She had also offered to meet with complainants to get their perspective on what had happened.

Ms Ardern said Labour is prepared to release the findings of those probes, but that it would be subject to the complainants' wishes over privacy.

Nigel Haworth last week stepped aside as Labour Party president after Ms Ardern challenged him over his handling of the complainants.

National's deputy leader Paula Bennett said Ms Ardern and party colleague Grant Robertson also needed to be scrutinised by any investigation because a key issue was what they were told about the sexual assault complaint and how they responded.

Ms Ardern said she would rather let a third-party establish clarity on the matter, both for herself and the public, but reiterated that she wasn't aware of the details of the sexual assault complaints as published in The Spinoff last week.

She said that after media reports five weeks ago stating serious allegations had been brought to the Labour Party, she had asked questions of the party and had then brought in a QC. She did not believe party colleagues had held back any information from her.

"I asked questions of the Labour Party when those allegations were being circulated and that is the point where a QC was brought in, because I made very clear that if that was what was being brought to the Labour Party it would be totally inappropriate for them to be dealing with allegations of that nature and we should never be investigating anything of that serious nature.

"I stand by all of my actions, but ultimately it now has to become about the complainants."

Leak fires up calls for move to Level 1

'No stigma' - Health boss asks Kiwis to be kind

"Sex assault claims: PM keen to shut public talk down"
Rubbish!, come on odt, I thought you were better than that.
Turns out you revel in trial by media, gutter 'reporting'.

Considering what the public say, as nonentities in Greek Chorus, denying them oxygen is not a bad thing.