Stock photo: Getty
One of two South Island fertility clinics has closed after losing a "final straw" tender with the District Health Boards for public funding - sparking fears patients are being robbed of choice.

Christchurch-based clinic Genea Oxford Fertility (GOF) plans to shut down on Friday, October 30, and has asked patients to let them know before August 13 where they wish to relocate their eggs, sperm or embryos to another clinic.

The frozen samples will either have to be transferred to Fertility Associates, the only other clinic operating in the South Island, or at the request of the patient, to a service in the North Island which patients will have to travel thousands of kilometres regularly to get to. 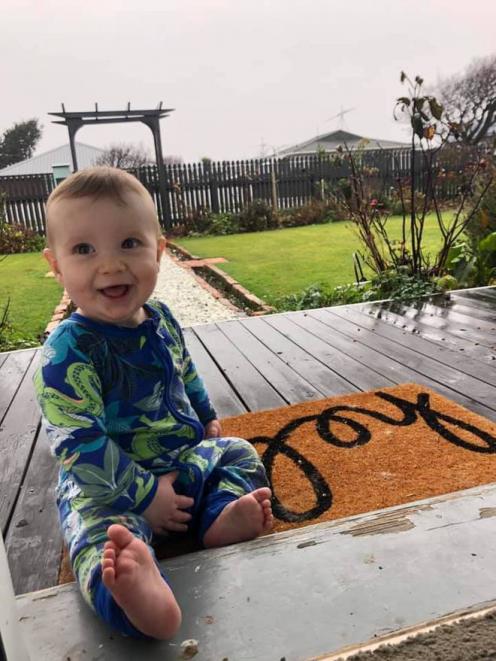 Invercargill mum Aimee Morison is devastated by Genea Oxford's closure, after the clinic helped bring her son Harrison Mitchell into the world. Photo / Supplied
"We are obviously extremely disappointed by this decision, as we know patients and supporters of our clinic will be. We appreciate that this news is unexpected," the clinic wrote in a letter to its patients.

She wouldn't comment on how many patients had been affected by the closure but said the clinic had treated more than a thousand patients since opening in 2014.

"That public funding was the final straw and we thought we had a good chance of getting it," France said.

She said the tender was rejected after lockdown in May but they wanted to do all they could to keep it running.

"Unfortunately, it saddens us to say it just wasn't possible," she said.

Patients were told of the closure via an emailed letter last week.

In the letter, GOF said it was not a decision they wanted to make, however, had known for some years that obtaining a share of the public contract for fertility services was essential for the survival of the business.

"A huge amount of work went into submitting a recent tender for the contract but unfortunately the South Island Alliance of District Health Boards decided not to offer Genea Oxford any share of it."

France said the goal was always to obtain public funding because they knew they wouldn't be able to survive without it.

The letter said the clinic had many patients who may be concerned as a result of this decision, but they wanted to reassure them that their commitment to excellent care continues to be paramount.

"We will work with you to ensure that our ongoing patient care is of the high quality you expect from us.

"It is an absolute privilege to have been involved so closely in so many people's lives. We have shared the joys and disappointments that go with the fertility experience and are so proud of the many beautiful babies that we have helped bring into the world. We wish you all the very best for the future."

One Invercargill mum, Aimee Morison, who still had embryos in storage, said the closure was "so upsetting" because it meant people were getting robbed of choice.

"If you are paying for it and you don't get a choice at all, that just seems so wrong to me, for something that is so personal, so stressful."

Morison had both of her two children through in vitro fertilisation (IVF) - her first was publicly funded through Fertility Associates (FA) and her youngest, 18-month-old son was through Genea Oxford, after a failed attempt with FA.

"Genea gave me a different perspective. We tried different medication and doses, we did genetic testing.

"I needed a second opinion to make sure that we had done everything. Even if we didn't get our son from Genea I felt like I would have been okay because we would have tried everything.

"A different perspective were hugely important to me," Morison said.

Other upset parents had commented on a post by GOF about the closure. Multiple people said that without the clinic, they wouldn't have their children.

Another said: "This hurts our hearts. Honestly, you have the most incredible team and it is so sad to hear this."

The New Zealand Herald contacted South Island Alliance of District Health Boards for comment and is awaiting a response.