Constable Epineri Tunidau has received an outpouring of support from his colleagues in both Fiji and New Zealand. Photo: Fiji Police
Fijian police have paid their respects to their colleague whose mum was the woman fatally stabbed in Christchurch. 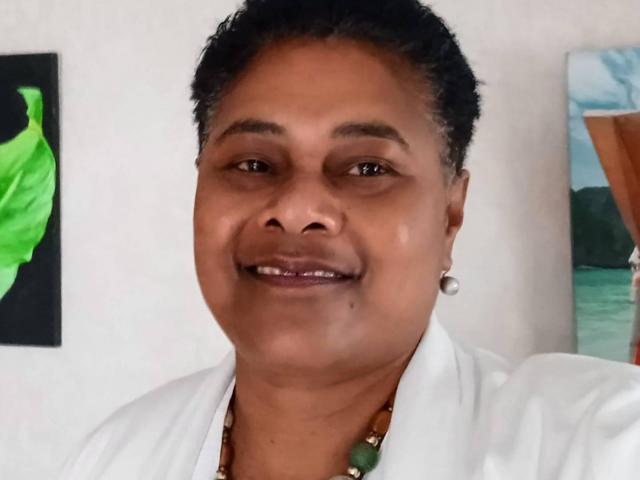 Laisa Maraia Tunidau. Photo: Supplied
Laisa Maraia Waka Tunidau, in her 50s, was stabbed in broad daylight metres away from her home in Sockburn last weekend.

One of her sons, Epineri Tunidau, is a constable at the Sigatoka Police Station in Fiji.

Yesterday he was presented with their reguregu (akin to a Māori tangi) by Fijian and New Zealand police in Fiji.

In a post on Facebook, Fijian police said after learning that Mrs Tinidau's son is a member of the police force, they initiated their own support systems "including fast-tracking the arrest of the perpetrator", facilitating pathological services, and ensuring her body receives priority in repatriating it back to Fiji, her final resting place.

The Fijian Commissioner of Police, Brigadier-General Sitiveni Qiliho, has also directed all necessary support to be provided to Epineri Tunidau, including the services of a psychologist.

A funeral service was held last Thursday in Christchurch for Mrs Tunidau, who was a mother of four

Friends, family and workmates gathered to sing hymns and say their final farewells before her body left for Fiji that same day.

Superintendent Glyn Rowland and Assistant Commissioner Sakeo Ganivatu presented Constable Epineri Tunidau with their reguregu. Photo: Fiji Police
A representative from a retirement village in Ilam, where Mrs Tunidau worked as a cleaner, spoke at the service.

They said colleagues and residents alike had shared stories about her over the past few days.

A Givealittle page was also set up in her family's honour, which has now collected more than $68,000.

A 37-year-old man has been charged with murdering Mrs Tunidau and was known to police.

The man was receiving mental health care from Canterbury District Health Board (CDHB) and a full review has been launched by the CDHB.

Canterbury district commander superintendent John Price said the alleged murder was "a horrific, traumatic and random attack on an innocent person who was simply making her way home from work".