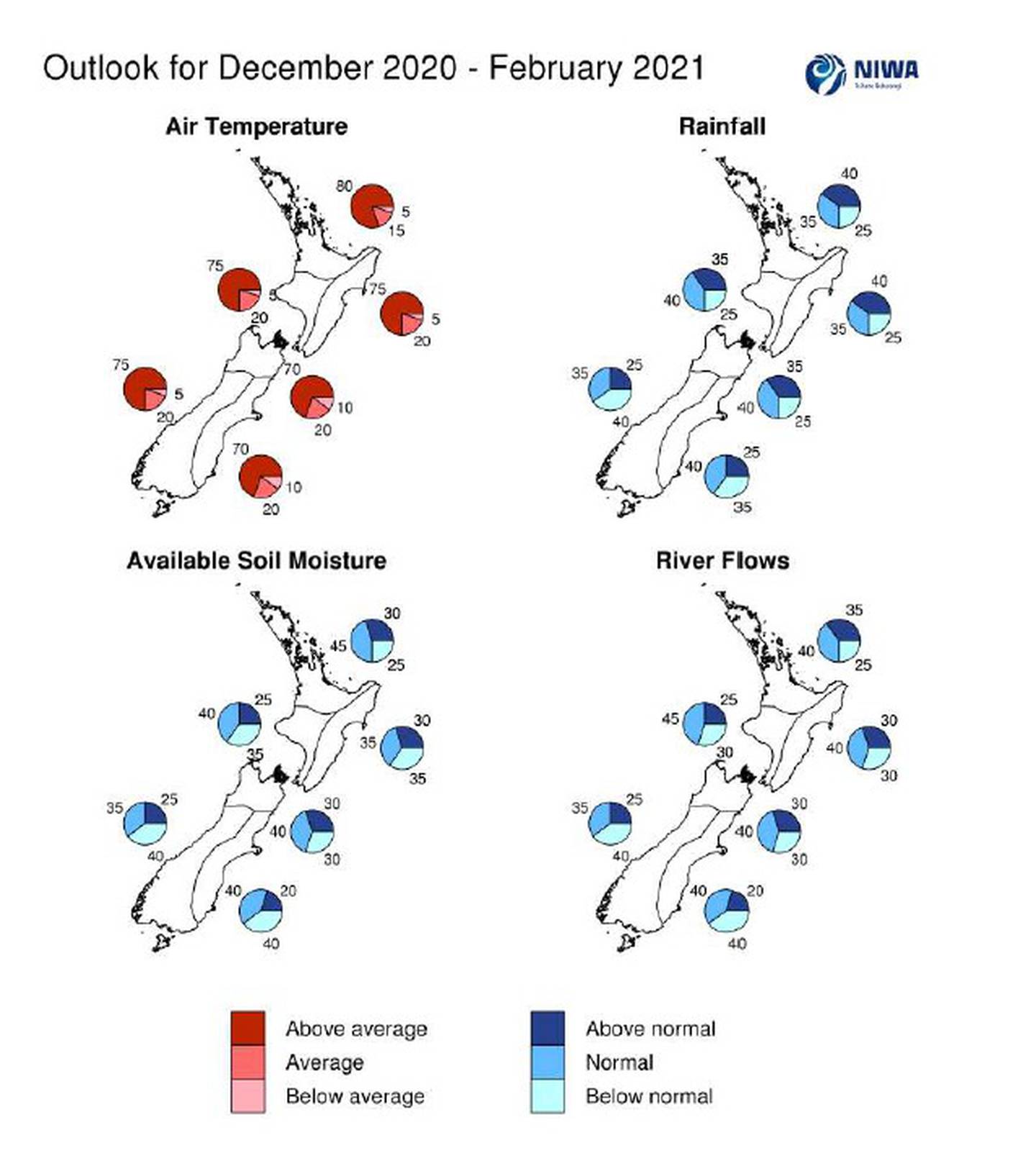 Source: Niwa
It's officially the first day of summer today - and plenty of warm and dry days lie ahead for the South Island.

The classic flavours of a La Nina climate system are coming through strongly in Niwa's just-issued outlook.

"Marine heatwave" conditions that have also formed in the north could widen to other coastal areas over the next three months, bringing their own influences to our summer weather.

Caused by a build-up of cooler-than-normal waters in the tropical Pacific, La Nina traditionally brought warmth everywhere in New Zealand over summer - but with stark differences in regional weather patterns.

It may be a windy, wet, and cool start to summer, but it isn't expected to last!

A change looks likely during mid-December 🌞

♨️ Humid in the north

🌧️ Wetter in the north

☀️ Drier in the far south

As more northeasterly winds arrived, rainy weather became a pattern over the North Island's northeast, while drier conditions tended to dominate the south and southeast of the South Island.

Niwa reported that, consistent with "moderate" La Nina conditions, air pressure was forecast to be higher than normal over and to the southeast of the South Island - and lower than normal to the northwest of New Zealand.

That was expected to be associated with northeasterly air flow anomalies.

Although patterns of higher than normal pressure and drier conditions were expected to start summer, moist, sub-tropical disturbances were expected to reach the country occasionally, particularly the North Island and northern South Island.

These systems packed the potential to cause areas of heavy rainfall and flooding.

The outlook predicted air temperatures were "very likely" to be above average in all regions of the country and with elevated humidity levels from time to time, particularly in the North Island.

"Extended dry spells may be interspersed with the expected unsettled periods."

There was also a slightly elevated risk of tropical cyclones for New Zealand; typically, an average of one ex-system swept within 550km each season.