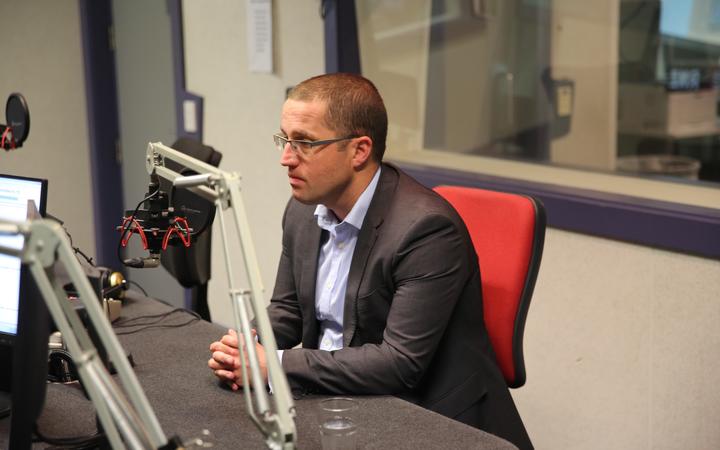 "We've had our ups and downs," he told RNZ's Summer Report this morning.

Southern Response was set up by the National government after insurer AMI, which held the majority of home insurance policies in Christchurch at the time, collapsed following the Canterbury earthquakes.

Its work left a trail of angry and frustrated claimants, many of whom have told RNZ they felt mistreated, lied to, ignored, and - in some cases - ripped off.

At the end of 2019 Southern Response was dramatically downsized, with remaining claims handed over to EQC.

Hurren sat down with RNZ for an extensive interview. Until now, the organisation had repeatedly refused RNZ's interview requests with senior staff members on issues highlighted by their customers.

Southern Response now consists of Hurren - who has a fixed contract until the end of August this year - and two others.

"I'm responsible for the day-to-day running of the organisation, and also the litigation the company faces as well," he said.

There is also a further case with the Court of Appeal and an ongoing class action - more on that below.

But reflecting on Southern Response's work, Curren said the organisation had paid out over $3 billion.

"But then when you look at the individual claims and over the years there have been people who have not been treated as well as they could have - and we could have done better.

"I think that when people are communicated with, sometimes we don't communicate as well as we could and what that means is that ... people feel like they are being treated unfairly."

He said that was problematic when both parties were in dispute over the amount of damage, the scope of work, and the cost.

"So when you have those three elements and you have disagreements and disputes ... what you find is that some homeowners where we have communicated in a strong way about what we believe the damage, scoop or cost is, have not been happy about that and they have gone to media ... and wanted to tell their story, and I get that.

"I think [we communicated effectively] for a lot of claims, but for a minority of them we didn't get it right," he said.

RNZ asked him if he would apologise on behalf of the organisation.

"If anybody that wasn't treated well during the course of their time and their claim settlement with Southern Response, I would absolutely apologise for that."

Some of the outstanding issues to work through is the fallout over detailed repair/rebuild analysis (DRA) - these detailed what Southern Response believed it would cost to repair the house.

Two versions were created - one omitted items like demolition fees and contingency costs - that DRA was handed to the customer, the other - which included those costs - was kept by Southern Response and deliberately not shown.

Homeowners only discovered this after requesting their records under the Official Information Act.

But that didn't apply for homeowners who had unwittingly settled before then. 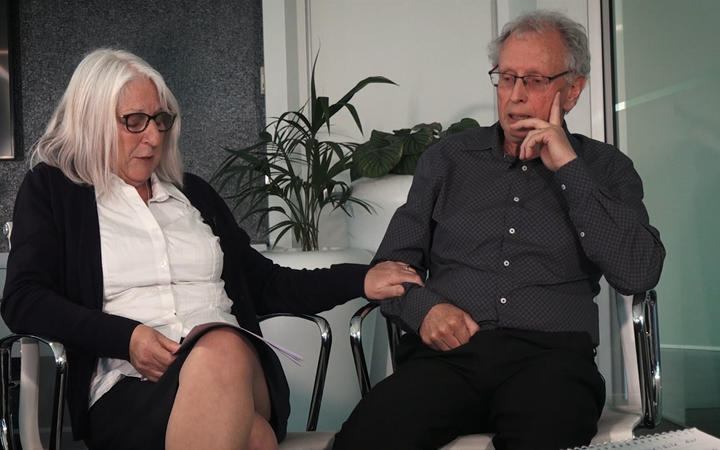 Canterbury homeowners Alison and Karl Dodds. Photo: RNZ
Claimants Karl and Alison Dodds also took Southern Response to court over this and won, with the High Court saying this practice was "deceptive" and "misleading".

Southern Response is appealing that despite the Dodds pleading with them not too - Hurren said if Southern Response lost, the cost to the Crown - and the taxpayer - could be "hundreds of millions".

"The system of creating two DRA's emerged from Southern Response wanting to communicate with people what they believe their entitlement was under their policy," he said.

"At that time if a person wanted to buy another house [prior to Avonside] we would communicate what we believe their 'buy another house' entitlement was ... at that stage we didn't believe the policy allowed for professional fees, contingency fees, demolition costs, and Arrow [project management] costs."

But in the Avonside case, the Court of Appeal said Southern Response was wrong about excluding professional feels and contingency sums.

Hurren said Southern Response back paid those settled after 1 October 2014 but didn't believe claimants who settled prior to the Avonside ruling, including the Dodds, were entitled to those costs.

"We've apologised to the Dodds that we are putting them through this, but we really need that clarity as to how we deal with those previous settlements," he said.

A class action on this issue is also underway, fronted by claimants Brendon and Colleen Ross.

Hurren told Summer Report there had been plenty of highlights during his time at the organisation.

"I think the experience I managed to gain in what feels like a short period of time is one of the highs - dealing with some of the trickiest issues you can imagine in the earthquake environment.

"You really felt like you were contributing to getting people back on their feet."

But he acknowledged there were low points.

"The protests were a low - having people who were, rightly so, angry at Southern Response.

"To be in a role where people don't trust you or don't like you - that could be pretty tough some days."