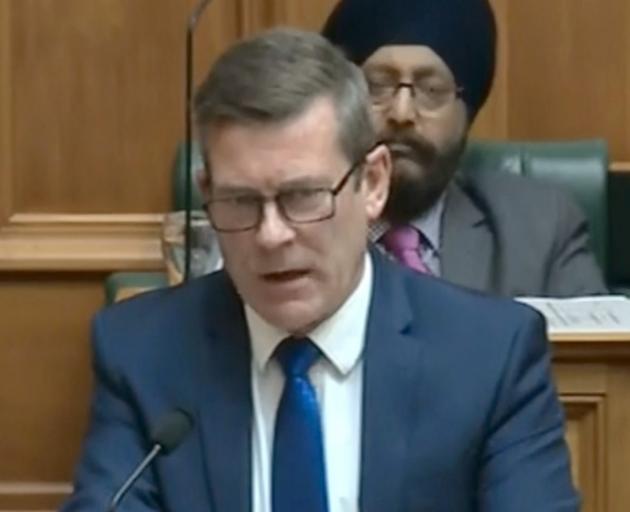 Michael Woodhouse defends his use of cancer patient’s stories in Parliament last Thursday. PHOTO: PARLIAMENT TV
Machiavelli wrote that politics have no relation to morals, but in recent days morality and politics have been at the forefront of southern MPs' minds.

Several MPs have first-hand experience of the disease, Mr Jones having staved off bowel cancer some years ago.

Mr Woodhouse might have got away with the first two case studies he asked Dr Clark to comment on, but he sailed into perilous seas when quoting the 8-year-old daughter of one of them saying Dr Clark had lied about his plans to make cancer care better.

There was a massive outcry from the Government benches, for several reasons.

Firstly, Mr Woodhouse had contrived a way around the standing orders rule that you cannot accuse another MP of lying.

Secondly, this was not a case in the abstract: the second patient, Claudine Johnstone, is a former constituent of Dr Clark and he has had personal dealings with the family.

Thirdly, deploying an 8-year-old girl's school talk to back your case was regarded by many MPs as exploitative.

The exchange ended up being revisited after Question Time with Mr Jones raising a point of order to accuse Mr Woodhouse of grubby politics.

Mr Woodhouse stood his ground, saying all the quotes were in the public domain and that the people who made them wanted MPs to speak on their behalf. 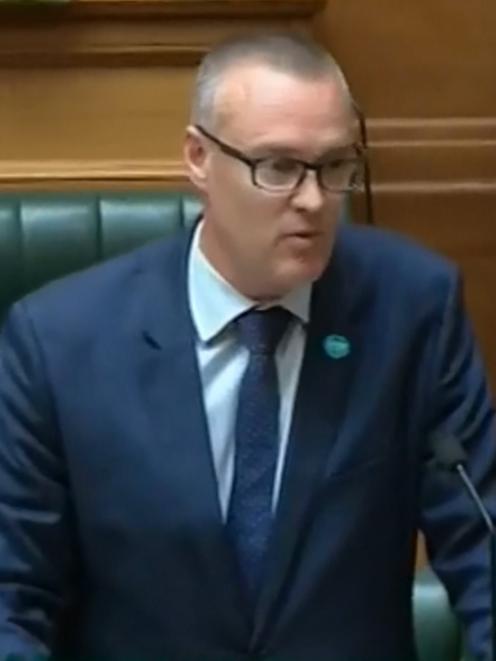 David Clark speaks in Parliament on Wednesday on the End of Life Choice Bill. PHOTO: PARLIAMENT TV
Both men had fair points, and the Speaker decided to let public opinion decide who was right.

Undeterred, Mr Woodhouse was back for more on Tuesday, quoting not only Claudine Johnstone but also "Dunedin North MP Dr David Clark" speaking in the House about cancer patients unable to access timely treatment.

In doing so, Mr Woodhouse was none too subtly revisiting the previous week's furore and no doubt felt he had won the point.

But did he win the game?

The idea of the questions was to highlight Parliament is not spending money in a vacuum; decisions about things like how much to spend on cancer treatment are quite literally a matter of life and death for New Zealanders.

You can question the morality of either side of the House, you can regard their tactics as being good or bad politics, but did those 10 minutes of debating time actually make people's lives better?

One can only hope so.

Speaking of life and death matters, Dr Clark wrestled with these issues on Wednesday in his contribution to the second reading debate on David Seymour's End Of Life Choice Bill, legislation which Labour MPs have a conscience vote on.

Like all speakers on Wednesday, Dr Clark's was a thoughtful and emotional contribution to a debate which saw our legislators at their best.

As Health Minister, overseeing a medical workforce where many have firm views against the legislation, and as a former minister of religion, Dr Clark had several professional reasons for voting against.

However, his summing up was entirely personal.

"I do oppose the Bill, but I do not think the world will end if it passes either," Dr Clark said.

"It is my view that if it passes, it will be but one more step toward a more atomised, and individualised experience of life and death, and a step away from a commitment to a common journey through life and death, shared with friends and loved ones."

While the 70-50 margin the Bill passed its second reading by might sound comfortable, there is a long way to go yet before it becomes law.

Several MPs, including Clutha Southland MP Hamish Walker, changed their votes from the first reading debate, both from yes to no and from no to yes.

Several MPs remain genuinely undecided and want to see the final shape of the amended legislation before finally making up their minds.

Much of that winning margin comes from Green Party and New Zealand First MPs, who are voting on party lines rather than by conscience.

If either does not get a Bill which meets the price of its support, a sizeable part of the second reading majority is eaten away.

There is also the risk that with more than 100 proposed amendments to be considered, the final Bill will not end up satisfying anyone, including ardent proponents. 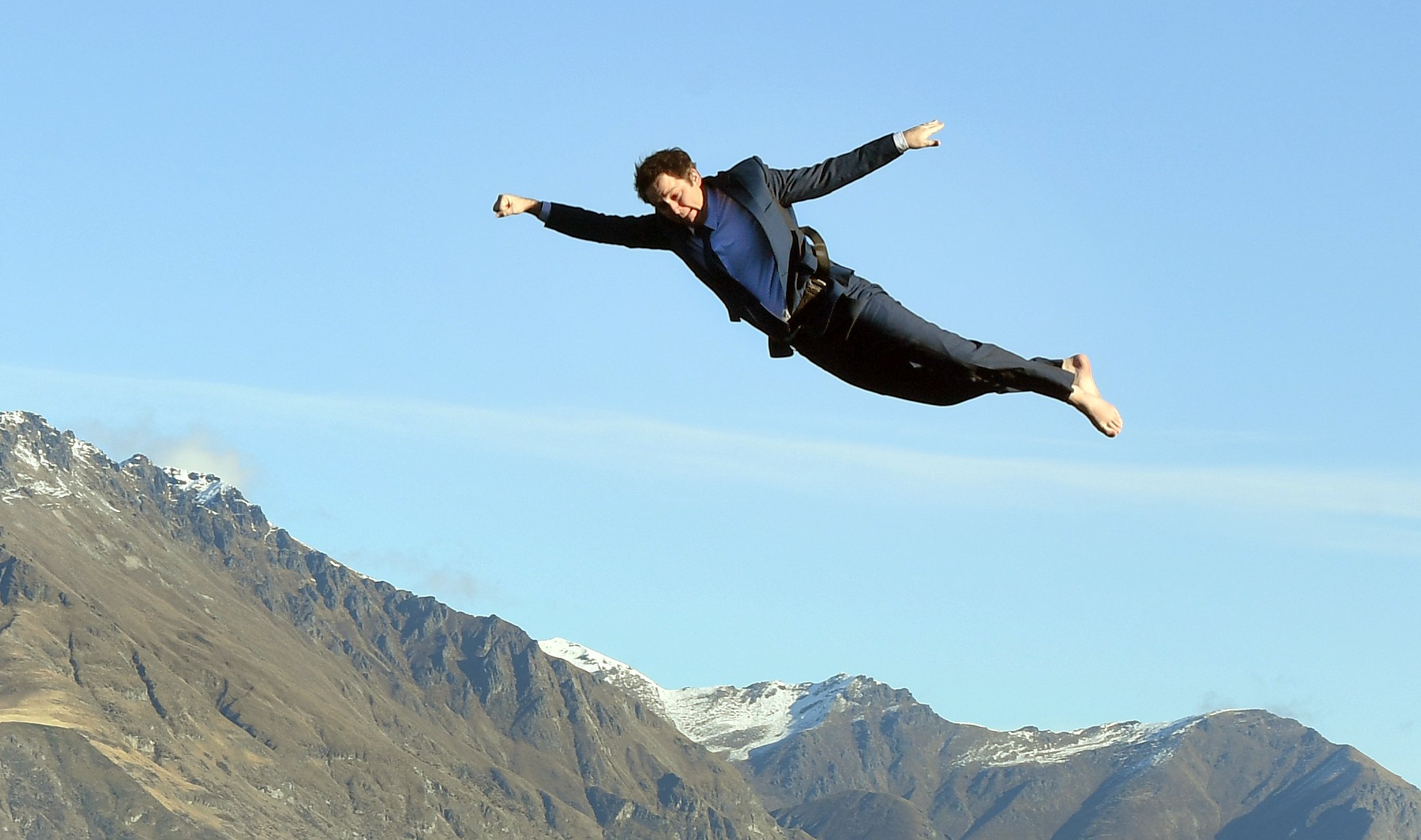 You've heard of Eddie the Eagle? Meet Hamish the Hawk.

Mr Walker, hopefully not in the suit he wore in the House this week, took to the skies last Sunday, competing in the Queenstown Winter Festival birdman competition.

Soaring high above Lake Wakatipu, Mr Walker was catapulted out to what would have been a winning distance had he stayed to collect his prize rather than disappearing, presumably in search of a hot shower after a chilly 6degC dunking.

A group of Oregon senators have taken the extraordinary action of fleeing the state rather than vote on a climate change Bill they don't like.

Oregon law requires 20 of the 30 senators must be present for any vote, so the 11 Republicans have defiantly vanished, apparently over the border to Idaho.

Except in limited circumstances, New Zealand has no quorum rule (although a government minister must always be in the House), so such a stunt would have little effect here.

It would also likely be regarded as a) silly and b) a contempt of Parliament.

Truancy used to be a major problem in New Zealand's Parliament though; in 1862 Otago MP Captain Thomas Fraser lost his seat after simply not turning up for the entire session.

• Last week's column used an incorrect figure for total farm debt in New Zealand. It is $63 billion, not $63 million, as reported.

Their is something utilitarian about the Bill, increasing guilt experienced by those who don't want to be a 'burden'.