Four people were stabbed at the beachside suburb of Murrays Bay. Photo: RNZ
A woman injured in a mass stabbing on Auckland's North Shore has spoken of the terrifying moment she was confronted by a man with a knife.

The woman was one of four people hurt in what police described as a "random" incident in Murrays Bay that was eventually brought to an end by brave bystanders, including one wielding a crutch.

"He gave me a hell of a fright", the woman told The New Zealand Herald from her home this morning.

A 41-year-old man has been charged with assault and four counts of wounding with intent to cause grievous bodily harm, and appeared in Waitākere District Court this morning.

He did not enter a plea, was given name suppression and remanded in custody to reappear on Monday.

The brave actions of members of the public in stopping the late morning attack, which began in Murrays Bay and ended in neighbouring Mairangi Bay, had likely saved others from harm, Waitematā district commander Superintendent Naila Hassan said yesterday.

"There were members of the public that acted in extreme bravery, they apprehended the offender and brought this incident to its conclusion."

Police arrived shortly after and handcuffed the man. 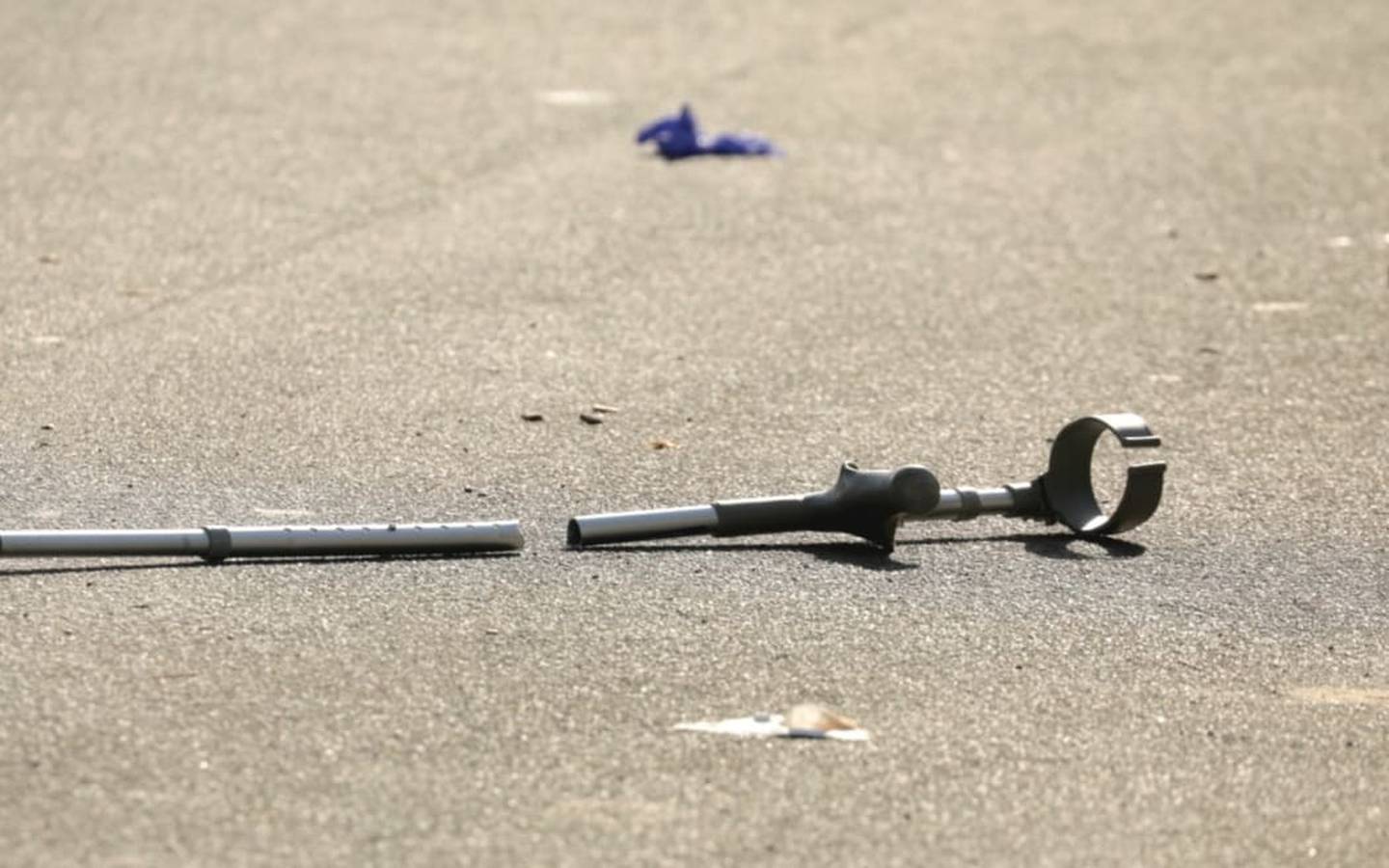 A broken crutch lies near the scene of the stabbing. Bystanders, including one wielding a crutch, intervened to stop the attacker. Photo: RNZ
All those hurt - one stabbed at a property and three others at a bus stop - had moderate injuries, Hassan said.

But the incident would have been traumatic for those involved, she said.

Asked how she was this morning, the injured woman told the Herald she had been "lucky".

"I was lucky it was pretty moderate what I had, the wounds, so I was lucky that way. But the others might not be so lucky, I don't know."

She'd been told not to speak to media and didn't want to comment further.

"What's been in the news is pretty much what happened anyway."

Police this morning reassured the public the incident was an "isolated" one, and to expect to see officers in the area.

"People may notice an increased police presence in the Murrays Bay and Mairangi Bay area as the investigation into the incident continues."