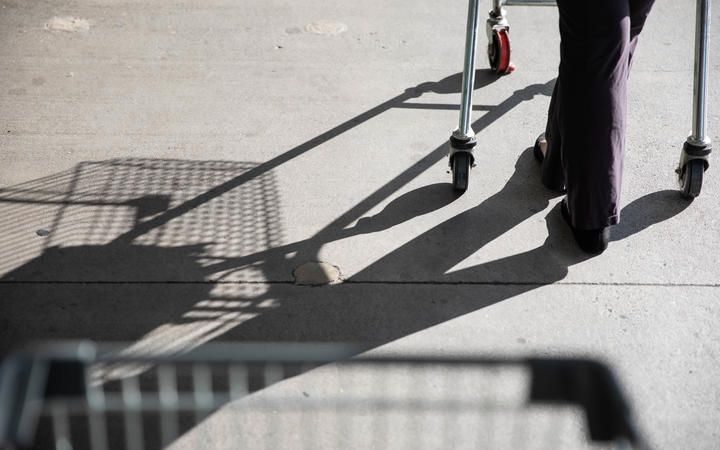 Photo: RNZ
A woman accused of attacking an Auckland supermarket worker this week has been charged with common assault.

The police were called to Countdown in Warkworth on Thursday.

In a video posted on social media, National MP Mark Mitchell said the supermarket's manager was assaulted by a person waiting to enter the store.

"There was a flashpoint. A confrontation developed out of that and as a result, the...manager was assaulted and punched in the face."

Mr Mitchell said he was briefed by Warkworth police and urged people to be more tolerant.

"We have to be supportive of one another and encourage one another, we are all in this together."

A 45-year-old woman has been arrested and is expected to appear in the North Short District Court next month.

There were a number of abusive incidents across supermarkets this week as the country went into lockdown.

A checkout staff member told RNZ's Checkpoint on Tuesday there have been daily tears, racial abuse and - in some cases - violence.

"I've had a few bad experiences since Covid-19 came to New Zealand," the checkout supervisor told the programme.

She said she was looking after her own children and her father. Her partner is also an essential worker.

"We've had people throwing things at us, spitting at us, swearing at us, putting us down, calling us names, being racist to us as well.

"I had a male come in… he threw a basket at me because there was nothing on the shelf.

On Monday, a woman who was denied entry to a Dunedin supermarket responded by coughing on staff and abusing them.