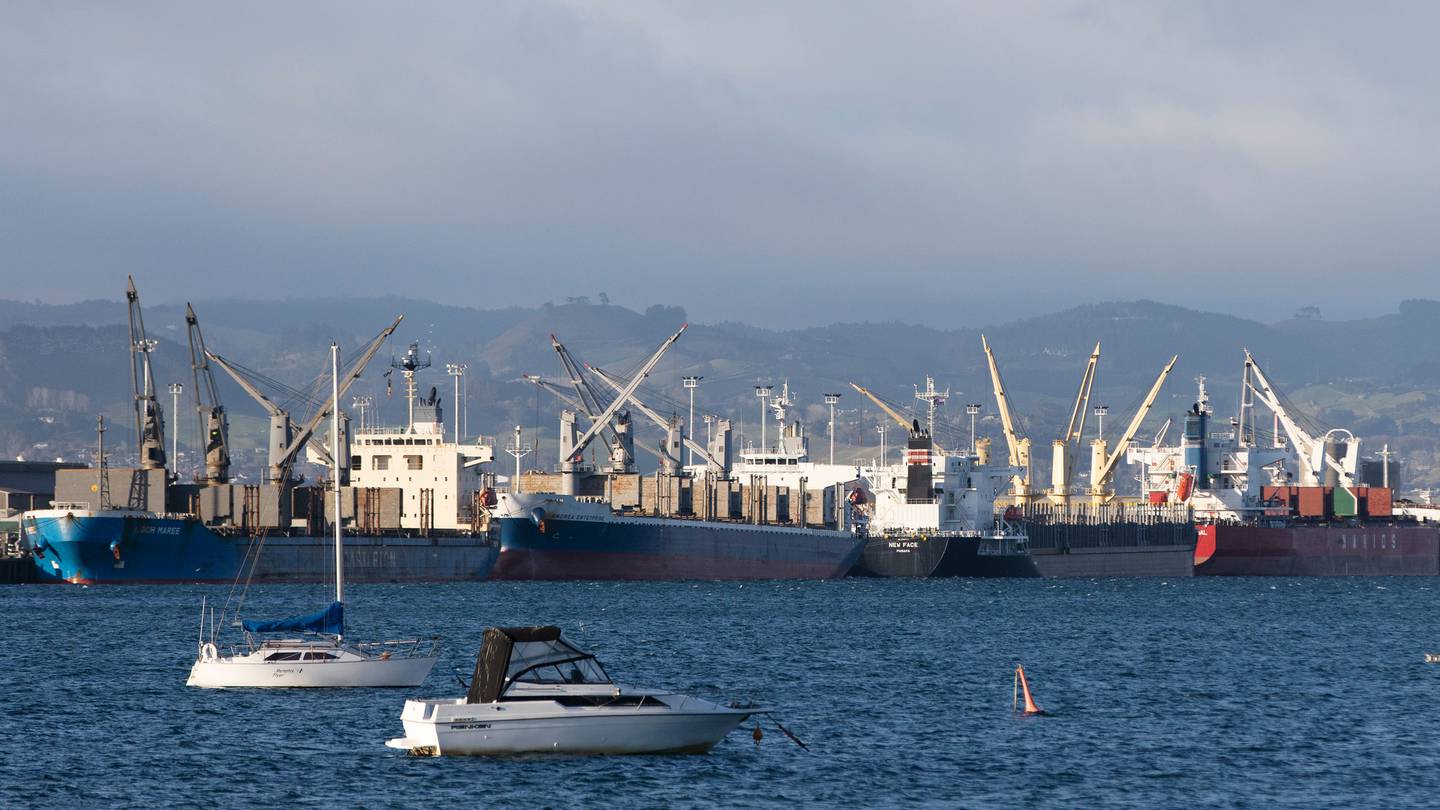 If confirmed, it would be the second case in the community since September 24. Photo: NZ Herald (file)
Health authorities suspect a crew member that arrived at the Port of Tauranga at the weekend has tested positive for Covid-19.

The crew member arrived in port over the weekend, but their test result has not yet been announced by the Ministry of Health.

If confirmed, it would be the second case in the community in just two days, following yesterday's positive case announcement, since September 24.

Earlier today, the Ministry of Health said there were no new cases of Covid-19 to announce in the community or in managed isolation.

However in a statement later in the afternoon, the ministry confirmed it was investigating a suspected historical case of Covid-19, detected in a crew member on the IVS Merlion, which is docked at the Port of Tauranga.

The crew member has returned a weak positive Covid-19 test, with a high CT value, that indicates an old infection, the ministry said.

"It appears most likely that this crew member had Covid-19 some time ago and is no longer infectious. The IVS Merlion arrived into New Zealand waters on October 15 after departing Indonesia on September 24."

The person had not passed on the infection to any other crew members, who had all tested negative and have been on board the vessel for three weeks.

"As a precautionary approach the case under investigation has been isolated and has had a repeat Covid-19 test as well as a blood test. The results of these tests will confirm whether they are a historic case."

The Ministry of Health said there was a very low risk of transmission of the virus to the community.

All crew members of the historical case were considered to be close contacts until health authorities finished the investigation.

No crew members are allowed to leave the Merlion.

Port of Tauranga chief executive Mark Cairns told BusinessDesk that if this second crew member tested positive for the virus, the early detection showed that border controls and shore leave protocols at the Port were working.

A spokesman for Cairns confirmed to NZME that a suspected case of Covid-19 was under investigation.

The Maritime Union of New Zealand said the positive cases showed the need for a limited number of ports in New Zealand.

Every single port in New Zealand was an international border point and put union members at risk, Fleetwood said.

The Ministry of Health today said the Sofrana Surville, a ship bound for Brisbane from Auckland and Noumea, was the most likely source of infection for a port worker who tested positive for Covid-19 on Friday.

The Ken Rei, a ship off the coast of Napier with 21 crew on board, was also being looked at, director-general of health Dr Ashley Bloomfield said.

The marine electronics engineer who tested positive for the virus on Friday had worked on both ships. The new case was announced yesterday.

Genomic sequencing showed the strain of Covid-19 had not been previously seen in New Zealand and was not linked to the recent August outbreak or any other New Zealand cases, Bloomfield said.

There are 29 close contacts of that man, including 21 on the ship off Napier, four household contacts, three port workers in Taranaki, and one workplace worker.

All of those would be in isolation for 14 days, regardless of a negative test result.

So far, one workplace contact and two of the four household contacts have tested negative for Covid-19.

Bloomfield said yesterday the man was potentially infectious on Wednesday and Thursday, when he was working in New Plymouth on the Ken Rei.

He had driven by himself from Auckland to New Plymouth on Tuesday, stayed in two rooms while there, which had since been deep-cleaned, and then driven back to Auckland on Wednesday evening.

"So far there is no evidence of any onward community transmission," Bloomfield said yesterday.

Today, Bloomfield said health officials were still working through what they would do if any other crew members to test positive for the coronavirus.