Synthetic cannabis deaths: 'We don't know what's in this stuff' 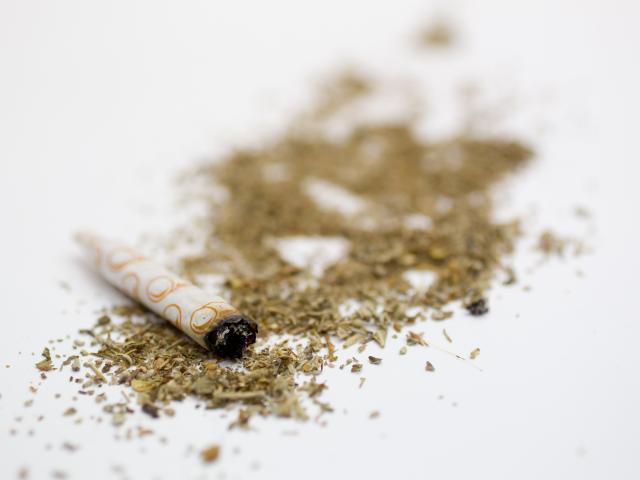 "The thing about synthetic is you just never know what's in it. So it's everything from people in their back sheds with grass clippings and fly spray rolling stuff up to stuff that's being imported.

"People are dying because we don't know what's in this stuff."

Nash said Parliament had opened a "Pandora's Box" when it voted to ban synthetic cannabis and other drugs.

"Now what we need to do is deal with the situation in front of us and that is, Kiwis are dying, and we need to figure out how we're going to deal with this.

''A lot of the people that are dying are often the most disaffected and disenchanted, disengaged, so it's not just a matter of running a advertising campaign on the news. There are other strategies we need to put in place," he said.

Cabinet is now seeking urgent advice over the spike in deaths from the use of synthetic cannabis.

Provisional figures from the coroner's office show that up to 45 people had died through using synthetic cannabis in the year to June, compared with only two deaths in the previous five years.

The Ministers of Health, Justice, Police and Customs are seeking urgent advice on how to reduce the number of deaths.

Acting Prime Minister Winston Peters yesterday acknowledged that the Government, and previous governments, hadn't come up with solutions that had worked.

Health Minister David Clark said today it was deeply concerning that the number of deaths had spiked and he was seeking urgent action.

"We need to know as ministers whether there are other things we can do that will work more immediately to address the issue," he said.

"Those who peddle these drugs need to face the full force of the law, I agree with that, but none of them are peddling drugs thinking they are going to be caught at the moment, and that's one of the concerns."

Synthetic drugs were constantly being reformulated and it was difficult to keep up with what was on the market but reclassifying them was being reconsidered, Clark said.

"I think they could do a lot worse than picking up our member's bill … that would increase the penalties and therefore the deterrence from a couple of years to eight years."

Bridges said legalising cannabis was not the answer to the problem but a referendum was due to be held and National would abide by whatever the outcome was.

"We've got to go with what the people want."

Brown's Psychoactive Substances (Increasing Penalty for Supply and Distribution) Amendment Bill would increase the penalties for suppliers of synthetic drugs from a maximum of two years' imprisonment to a maximum of eight years.

"The sooner my bill is passed, the sooner we can start taking suppliers off the streets and deterring them from producing and/or supplying synthetic drugs," Brown said in a statement.