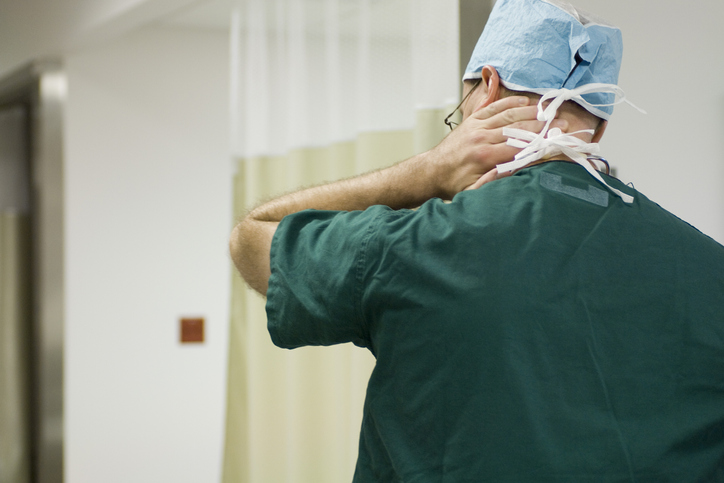 Stock photo: Getty
Doctors and nurses organisations are not happy with the government's new changes to immigration and the border, saying it won't help a system under severe strain.

As part of border reopening and immigration changes, the government announced this week a new 'Green list' of 85 hard-to-fill high-skill roles that provide a priority pathway to residency, which includes some health workers.

The fast-tracked "straight to residence" pathway means those in listed occupations can come to New Zealand on a work visa from July 4 and apply for residence from September.

A second list, the "work to residence pathway", allows occupations listed to apply for residence, but only after being in New Zealand for two years. Registered nurses are on that second list.

Doctors are expressing concerns that it is still not enough to address fundamental problems for health workers.

The doctors' union said there is no point encouraging overseas health workers to come to New Zealand if the pay and conditions are too poor to keep them here.

Specialists, surgeons and psychiatrists are included on the new three-month fast-track to residency programme.

However, the head of the Resident Doctors Association, Deborah Powell, said her union is worried about the number of clinicians who are poised to leave.

"We've relied on international work forces for years under the district health boards, because they haven't supported the ability of New Zealanders to train and work in these areas, and I just think that's fundamentally wrong."

Dr Powell said she is hopeful that Health New Zealand will do a better job of fixing workforce shortages with a national approach.

Plunket said the immigration minister's decision to exclude nurses from a list of occupations fast-tracked to residency is a mistake which could be easily corrected.

Chief Executive of Plunket Amanda Malu said the decision is short-sighted when many organisations, like her own, are desperate for more nurses.

"The system is so stretched now, and everywhere you look organisations are carrying vacancies, which means they can't deliver the full service."

Malu said the shortages increase the pressure on the remaining staff.

She said even if migrant nurses stay in their roles for a short time only, it still helps.

"A nurse filling a vacancy, whether it's for two years, one year or three years is probably better than having a vacancy.

Malu said as many barriers as possible should be removed to increase the number of nurses in the country.

The Midwives Union MERAS said their profession's exclusion from the new fast-track for residency is just another example of government discrimination against women.

While surgeons and other specialists can now apply for residency after three months, nurses and midwives will have to work for two years.

The union co-leader, Jill Ovens, said that is particularly galling on the back of an inadequate pay equity offer.

"What they've put on the table is just a pittance compared to that."

Ovens said the profession has been pleading with the government to give midwives more support while they train.

The Aged Care Association said vulnerable rest-home residents are also suffering from a staff turnover of 48 percent in the sector.

Its chief executive, Simon Wallace, said the government's new immigration settings will do nothing to stop nurses quitting aged care for higher-paid jobs in hospitals.

He said his organisation wanted overseas nurses bonded to one employer for at least two years.

"We are having to close down beds in the centre, and that means displacing older New Zealanders, uprooting them from their families and their communities.

"And unfortunately, those beds are closing down every day now."

Wallace said there are currently 1000 nursing vacancies in rest homes - or one in five positions unfilled.

That has infuriated nurses' unions, who say they should have been included in the three-month fast track, like doctors and engineers.

However, Wallace said even the two-year delay is no help to his sector because there's nothing to stop overseas nurses quitting aged care for higher-paid hospital jobs.