The tabby who steals tea bags — and other things 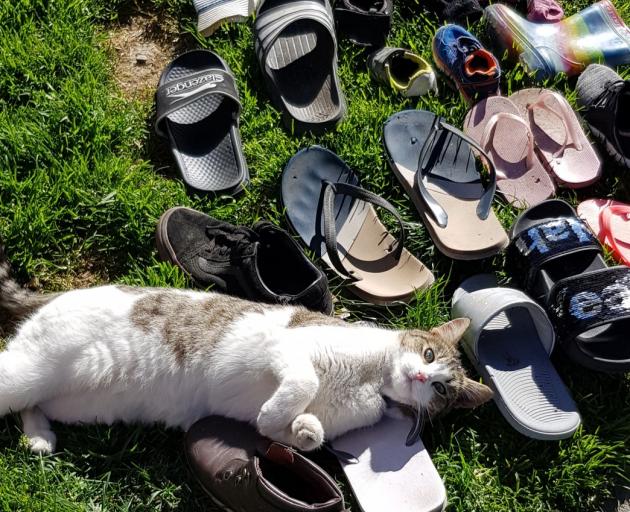 Angel the cat with part of her haul. Photo: Supplied
Angel is a feline filcher.

The two-year-old tabby, the beloved pet of Tayla Alexander, of Hampstead, Ashburton, is not content with mice.

Tayla knew it was Angel as she found tiny cat teeth marks in the paper.

Then Angel stepped out – she started bringing home shoes.

Angel, Tayla realised, is a kleptomaniac. 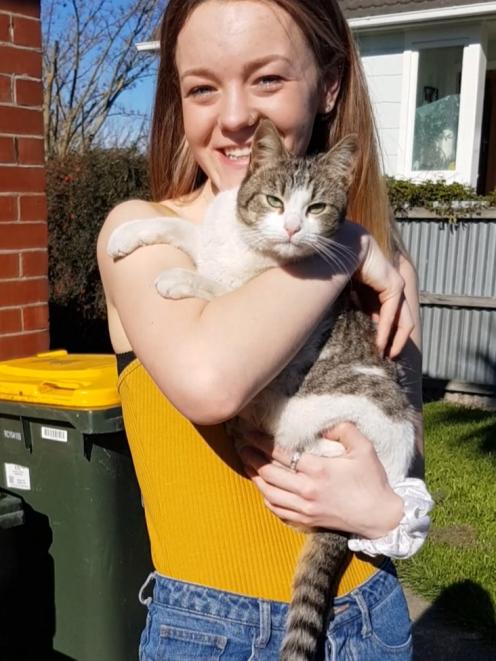 She has even brought home pairs of shoes.

Not content with footwear and clothing, Angel has also brought back teabags.

It is not unusual for her to bring back four or five at a time.

It is believed they came from a compost heap.

Tayla decided enough was enough, and put her plight on social media, hoping to find the owners of some of the booty.

One neighbour has already been in touch, saying it might be Angel who has made off with their paper.

They said they had evidence of Angel – perhaps to go with the teabags – carrying off full slices of bread left out for birds.

Angel, throughout her criminal career, has been tidy, laying her ill-gotten gains at the front or back door.