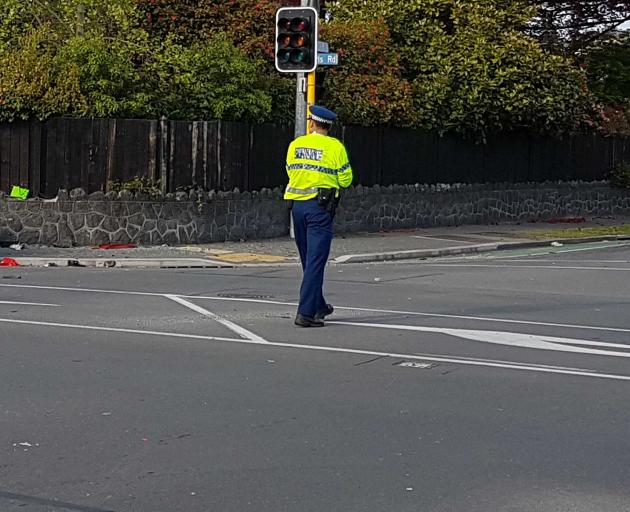 Police at the scene of the crash on Tuesday.
A 17-year-old driver involved in a fatal crash during a police pursuit in Christchurch this week has been charged with manslaughter and reckless driving causing injury.

He is due to appear in Christchurch Youth Court, police confirmed today.

A teen who survived the crash that killed a motorist in another vehicle posted a video from hospital alleging his car was travelling at 140km/h and ran a red light.

The teen says in the video that the five teens in the vehicle are "lucky to be alive".

Kenneth McCaul, 64, was killed on Tuesday when the car he was in was T-boned by a 17-year-old driver who ran a red light during the pursuit, police say. 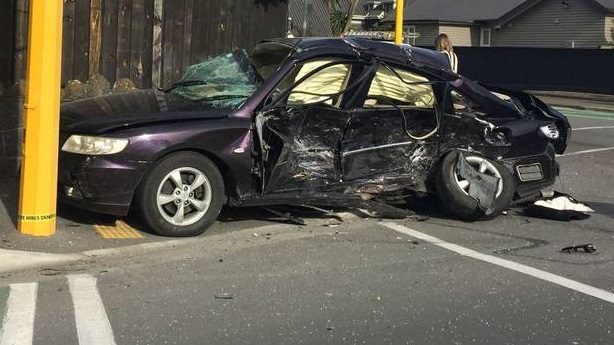 The victim's vehicle. Photo via NZ Herald
McCaul was driving to work early to secure a car park and had planned to sleep in his car before starting his shift at Christchurch Hospital.

One of the passengers posted a video on social media from his hospital bed in the aftermath of the crash, saying another passengers from the crash is in a coma, Stuff reported.

"So lucky to be alive," he tells viewers.

The teen shows viewers his injuries, saying "this bad little scratch", and says the vehicle was "crushed as".

He also says the diver was speeding and ran a red light when their vehicle crashed into McCaul's car.

The teen driver had "all the pigs (police) outside his [hospital] room", the teenager says in the video, Stuff reported.

It is understood the four passengers all remain in Christchurch Hospital.

"The circumstances surrounding the incident are under investigation and as such we're unable to release further details at this stage.

"I want to offer my sincerest condolences to the loved ones of Mr McCaul."

Meanwhile a Christchurch paramedic has spoken of his frustration at the behaviour of teenagers involved in a recent crash.

A paramedic told Newstalk ZB's Chris Lynch he attended a different crash in Rangiora two weeks ago where a teenager rolled their vehicle at high speed.

He says the scene was immediately flooded with friends wanting to take photos for social media.

A research paper into people who flee police, released today, has found they feel they will be treated as guilty anyway so carry on driving.

As for youth, their lack of cognitive development was a "significant" factor as was risk taking and the want to elude police.