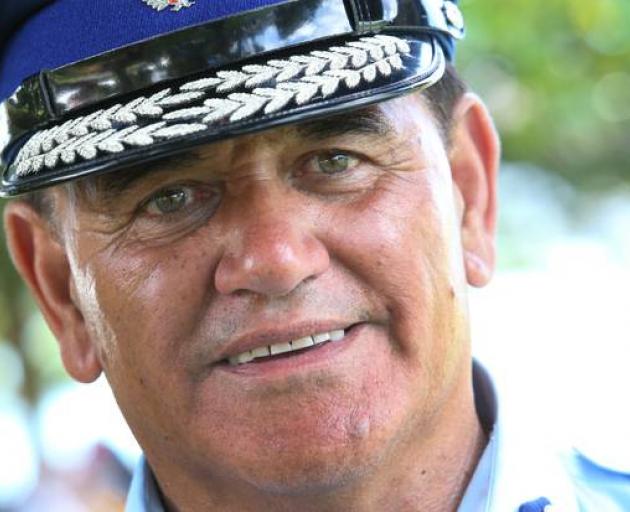 The State Services Commissioner Peter Hughes has confirmed he will review how the Ministry of Justice and the Department of Corrections responded to three staff working on a joint project with the police.

Three women - two senior policy analysts from Justice and one from Corrections - walked out of Police National Headquarters in June 2016 and refused to return because of Haumaha’s alleged verbal bullying.

Two of the women laid formal complaints this year, which are being investigated by the Independent Police Conduct Authority, after The New Zealand Herald broke the story in August.

The IPCA investigation was expected to be released this week but general manager Warren Young confirmed there had been “some delays”.

A draft report was given to the Police several weeks ago to give an opportunity to respond to the IPCA findings.

Young could not give a precise date but was “hopeful” the report would be published before Christmas.

The new SSC review will not consider the response of police management, which is part of the IPCA investigation, only Justice and Corrections.

The decision by Peter Hughes jars with the findings of the Government Inquiry, in which Mary Scholtens QC cleared Justice and Corrections for not making a complaint with police.

“On my understanding of the facts of the various allegations, I consider their approach was reasonable,” wrote Scholtens.

In confirming the SSC review, Hughes said he was responsible to provide assurance that “allegations of wrongdoing” in the public service are dealt with appropriately and quickly.

“I said I would consider the findings of the Scholtens inquiry and, if necessary, take appropriate steps to satisfy myself that the Department of Corrections and the Ministry of Justice responded appropriately to complaints of bullying,” said Hughes.

“I am having a look at how the complaints were handled.”

The SSC review was welcomed by National MP Chris Bishop who wrote to Hughes asking him to investigate conflicting statements issued by the Justice Ministry, Corrections and Police following the Herald story in August.

“The issue of how the bullying complains were dealt with has not been satisfactorily resolved by the Scholtens Inquiry,” said Bishop.

“There is clear public interest in getting to the bottom of this very worrying matter.”

The two women who made formal complaints about Haumaha, referred to as Ms A and Ms C in the Government Inquiry, were disappointed with Scholtens’ comments about their allegations.

In clearing the process which led to Haumaha’s appointment as Deputy Commissioner in May this year, the QC found there was no formal complaint to police.

Even if there had been, Scholtens found the likely consequence would be the concerns would have formed part of Commissioner Mike Bush’s assessment of Haumaha’s leadership style.

And Bush already knew Haumaha could “forceful” and “demanding”, said Scholtens, because of a blunt appraisal of his strengths and weaknesses for a previous promotion.

Scholtens characterised the bullying allegations as Haumaha’s adoption of a “direct, police style-approach” to a multi-agency project, “where a more orthodox public sector approach may have been appropriate”.

Her findings disappointed the two women who made complaints.

“We want to be clear; we complained,” they told the Herald.

“We struggled to get our complaints about Deputy Commissioner Haumaha’s behaviour taken seriously. We came up against impenetrable systemic barriers.”

The review by State Services Commissioner Peter Hughes comes at a time of greater scrutiny of workplace behaviour in government agencies and Parliamentary Service.

New details about the alleged bullying by Haumaha were revealed in the Scholtens Inquiry and cover five incidents including the “final straw” in a project meeting.

“To summarise, Ms A, Ms B and Ms C felt bullied and belittled by DC Haumaha who they say was angry, advising initiatives they did not think they had signed up to, and sought their commitment to the project/him personally by going around the room,” wrote Scholtens.

“Ms B was primarily upset because she raised an issue with DC Haumaha and felt she had been knocked back in an overbearing and belittling way.”

The women wanted an apology but Haumaha refused.

“He was passionate about what might be achieved if they could just work together,” wrote Scholtens. “He says it was just a straight request to everybody: are you in the game or not?”

At a team meeting the following week, the Justice manager told his staff Haumaha was unlikely to change his behaviour and they needed to work out the most effective way to deal with him.

“In particular, he noted that the way that the way they behaved with him would be critical, and that they needed to be conscious of things like body language and language used [both factors that had been raised with him by DC Haumaha],” wrote Scholtens.

“He spoke directly to Ms B about this, and she was upset by his comments and left the room.”

In a later meeting, Haumaha said the Justice manager could apologise on his behalf if he thought it necessary.

He offered to meet with the women individually, but first, they would need to return to PNHQ.

He believed it was an employment matter for the police, not for Justice.

No one in Justice raised the matter with anyone in the police, other than Haumaha. The three women were not asked if they wanted to make a formal complaint.

She told Deputy Commissioner Mike Clement but without revealing names.

He called Sonerson and Christine Stevenson, the deputy chief executive at Corrections, but was left with the clear impression neither department wanted to take it further.

”[Stevenson] knows that at some stage she was made aware of behavioural concerns in relations to DC Haumaha, in particular that he had yelled at and belittled female staff, including Ms C, in front of others,” wrote Scholtens.

“She was also told that Ms C had shouted at DC Haumaha.”

Sonerson could not recall the specifics of the conversation with Clement, but remembers telling him that “her staff were pretty unhappy about it, and that there were clearly organisational cultural differences”.

Without a formal complaint, Clement could do nothing.

But he had a casual conversation with Haumaha who said there was “friction and disharmony” in the group.

“From his perspective various members of the working group were focusing on the interests of their own agency rather than taking the broader justice sector view that was called for,” wrote Scholtens.

“This was very frustrating to him given the ‘size of the prize'. That is, the chance for meaningful cross-sector engagement that could lead to significant improvements for Maori.”

Scholtens asked Sonerson whether an apology from Haumaha was warranted because of the behaviour, or necessary because it would mend the rift with the three women.

“She thought both - it was not okay to talk to the women the way she understood they had been spoken to and he should apologise, and it would be the right thing to do recognise the impact he had, even if he had not intended it.”

Later that year, in October 2016, Sonerson joined the police as Deputy Commissioner in charge of resource management.

Sonerson told Scholtens she raised Haumaha’s behaviour in a one-on-one meeting with Bush.

She noted: “From what she knew, DC Haumaha’s behaviour was not okay, especially towards young female staff from another agency.

“Part of her skill set was her knowledge of how agencies worked together and how they build relationships across boundaries,” Scholtens wrote.

“In this context, she pointed out it was the kind of thing which damages Police’s reputation.”

Bush could not recall a discussion along these line, said Scholtens.

In any event, Scholtens said it was not a complaint or raised in any formal sense.

Therefore it was not considered relevant to Haumaha’s appointment to Deputy Commissioner, as Bush was already aware of Haumaha’s leadership and management style.

This was because of a document which strongly recommended Haumaha’s promotion to Assistant Commissioner in 2017 and outlined in “frank” detail both his strengths and weaknesses.

“He was considered to be passionate and extremely effective in addressing the disproportionate representation of Maori within the Justice system,” wrote Scholtens.

“It was noted his approach could be forceful, and this was questioned, but it was said that sometimes a more forceful approach is required, otherwise no one will listen and nothing will change.

“He could come across as demanding and would benefit from working on his listening skills. It was said that he worked well with most people, although he sometimes had difficulty getting others to follow him. He could hold strong views that he sometimes struggled to moderate.” 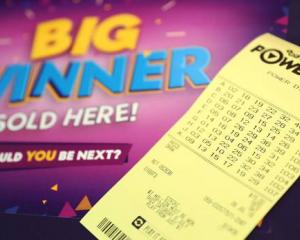