And one leading public health researcher has questioned whether the country is truly prepared to deal with an outbreak here, pointing a recent global index that ranked New Zealand poorly for preparedness.

With around 120 tests for 2019-nCoV coming back negative, New Zealand has so far avoided what could soon become a global pandemic - but scientists expect our virus-free status may not last much longer.

As at this week, there had been more than 80,000 cases in 41 countries and territories - with a death toll of around 2760 - and for the first time more new ones were being reported outside China than within it.

Although it wasn’t yet clear whether 2019-nCoV was influenced by environmental factors - or spread faster over the colder months - research into previous human coronaviruses have indicated they may have annual peaks in winter.

“We’re talking about the same number of healthcare professionals, and the same amount of equipment, and we may get a lot more people with severe respiratory conditions that need care.”

GP clinics across the county have already reported running out of masks and other protective gear - despite the Government holding on to 18 million masks.

“Maybe people who don’t normally get their flu jab might want to consider it this year, to reduce the number of cases overall,” Petousis-Harris said.

Over recent times, New Zealand’s flu season had been peaking around August, although last year it began months earlier and brought higher than usual rates seen in 2016 and 2018.

Scientists around the world are scrambling to develop a vaccine for 2019-nCoV - either from scratch or with a repurposed one - and more than 80 clinical trials are under way.

“How the virus develops biologically in the body won’t be too different from what’s been seen in China, but the contact rates will be different, because in China you are in contact with a lot more people.” 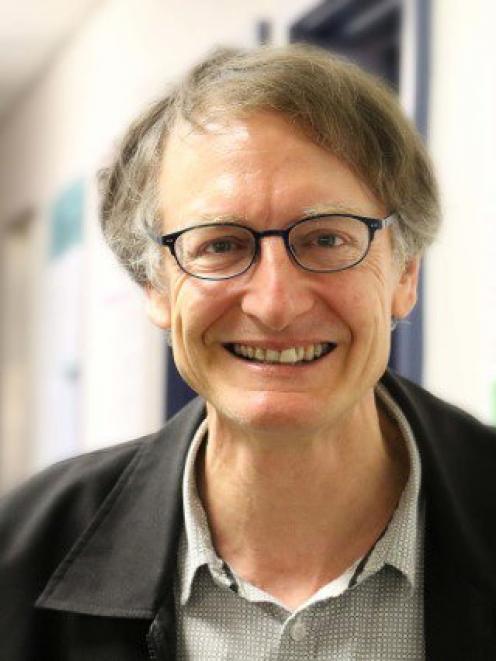 While public health units, primary care and hospitals have been getting prepared over recent months - and testing facilities are now operating in several diagnostic laboratories - Wilson was also concerned about how a 2019-nCoV outbreak would impact the health system.

In the latest Global Health Security Index, New Zealand scored just 54 out of 100 - coming in 35th in rankings of 195 countries, far behind Australia, and the United States, the United Kingdom, Canada and France.

The country scored zero for some indicators such as “data integration between human/animal/environmental health sectors” and “exercising response plans” - and remained one of the few high-income countries in the world not to have a field epidemiology training programme.

“It goes right back to planning - and this index shows that our pandemic preparations are not that well developed,” Wilson said.

That was despite New Zealand having recently updated its national pandemic plan.

The plan was now set at the “keep it out” phase - clearing authorities to screen or quarantine travellers, and prepare the release of pre-pandemic vaccines or antivirals.

As long as New Zealand remained coronavirus-free, Wilson saw this as a larger concern than the threat of a compounded flu season.

“The longer we can delay it, the longer we’ll have to gain more knowledge to create vaccines and develop better control measures,” he said.

“So I think it would be reckless to say, don’t worry about letting it in here.”

The Ministry of Health has meanwhile assured people that New Zealand is “well prepared” and had a system for early identification and case management up and running.

The ministry’s director of public health, Dr Caroline McElnay, said its technical advisory group met this morning to assess the situation and what actions the Government needed to take.

She urged people to phone ahead to their GP practice if they were concerned they might have the virus.

“If you have recently returned from a country or region internationally with a recent increase in cases and have a fever, difficulty breathing or a cough it’s important you ring Healthline’s dedicated Covid-19 number first or ring your General Practice before making a visit and potentially putting others at risk.”

“So I think it would be reckless to say, don’t worry about letting it in here.” Someone had better tell the Universities.

Later news is of planning to proactively quarantine in epidemic, including by force if residents won't go.