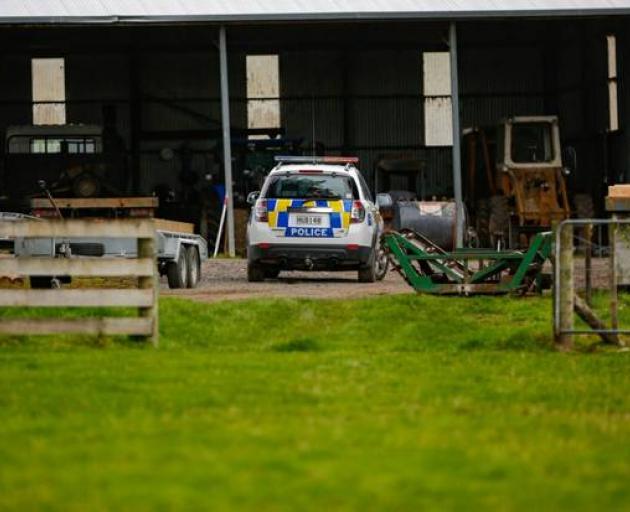 Police were alerted to the incident just after 11am on Sunday. Photo: NZ Herald
A small community is in shock this evening following a tragedy that claimed three lives when a vehicle plunged into a pond on a farm.

Two of the victims are believed to be children who were at their grandparents' farm in the central North Island near Raetihi.

The adult who died is believed to be a woman.

An elderly man was flown to hospital. It is unclear if he was in the vehicle or injured trying to help after it went into the water.

Emergency services were called to a report of a vehicle underwater in a farm pond in the central North Island.

Police said they were alerted to the incident in Raetihi, in the Ruapehū district, just after 11am.

"Tragically the three people were deceased when recovered from the pond by emergency services," police said in a statement.

"Police are working to support the family of those killed. WorkSafe has been notified.

The Palmerston North Rescue Helicopter attended and a spokeswoman confirmed that just before 2.40pm a fourth person was being air lifted from the scene.

She said he was an "elderly man" and he was en route to Whanganui Hospital in a moderate condition.

She could not give more information about his condition.

The property where the car is understood to be submerged is less than a kilometre out of Raetihi's township.

Raetihi is about 87km inland from Whanganui and close to Tongariro National Park.

The property is 74.5 hectares and the owners operate a farm improvement business from it, offering diggers, trucks, bulldozers and fencing materials.

Tassia Allum, an employee at Caltex Raetihi, said around 11am she had heard sirens, with two ambulances, a fire truck and a police car all headed up State Highway 4.

Her colleague Craig Hughes had seen a rescue helicopter landing across the road in the cemetery before flying toward Auckland.

Ruapehū District Council chief executive Clive Manley said he could not comment as the police were in the early stages of their investigation.