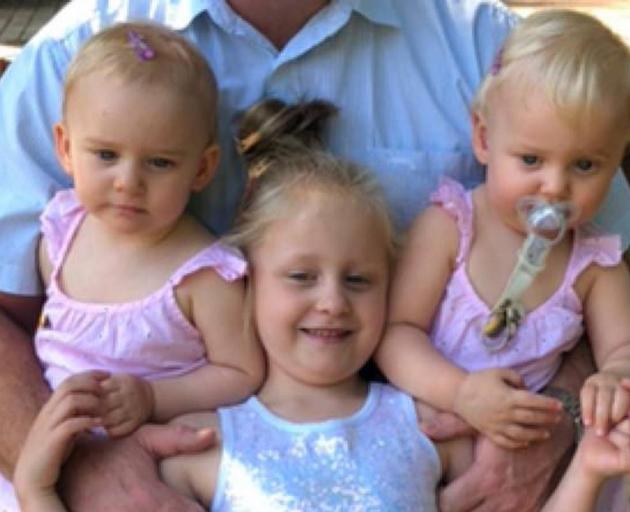 Twins Maya and Karla Dickason, and their sister Liane were found dead in their home last week. Photo: NZ Herald
The grieving father of three daughters found dead at their Timaru home has spoken of his "three precious angels being ripped away".

Several hundred people attended a candlelit vigil tonight outside the house where the three sisters were allegedly murdered by their mother a week ago.

Two-year-old twins Maya and Karla and their six-year-old sister Liané were found dead at the Queen St house on Thursday night last week by their father, Graham Dickason.

His wife Lauren was found unresponsive and taken to hospital, where the 40-year-old was treated and the following day charged with murder.

She appeared in court and has been remanded to a secure forensic mental health facility in Christchurch for a psychiatric assessment. She is to reappear in the High Court at Timaru on October 5.

The Dickasons arrived in New Zealand last month from their home in South Africa.

They completed two weeks in managed isolation before travelling to Timaru where Mr Dickason, an orthopaedic surgeon, has a job with the South Canterbury District Health Board.

The family had been in their Timaru home for a week before the children died. 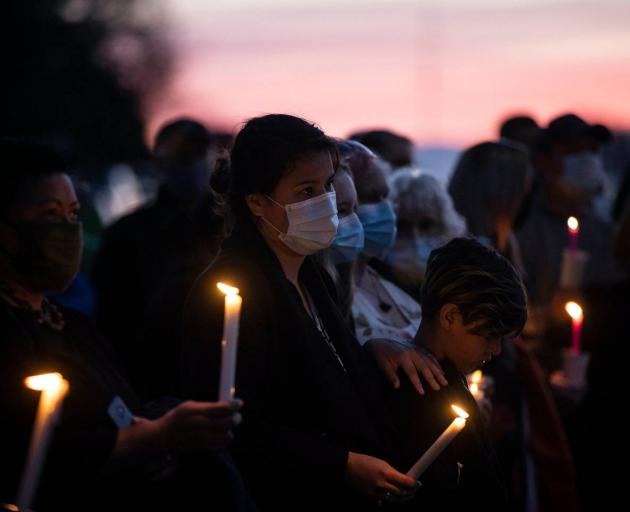 "it is a loss I will carry with me for the rest of my life … my words are few.

"In this time of terrible tragedy and adversity I can only ask for prayer… for strength and for healing.

"Please also pray for my lovely Lauren, for I honestly believe she is a victim in this as well.

"I have already forgiven her and I urge you in your own time to do the same … it is the key to healing this loss we have all experienced." 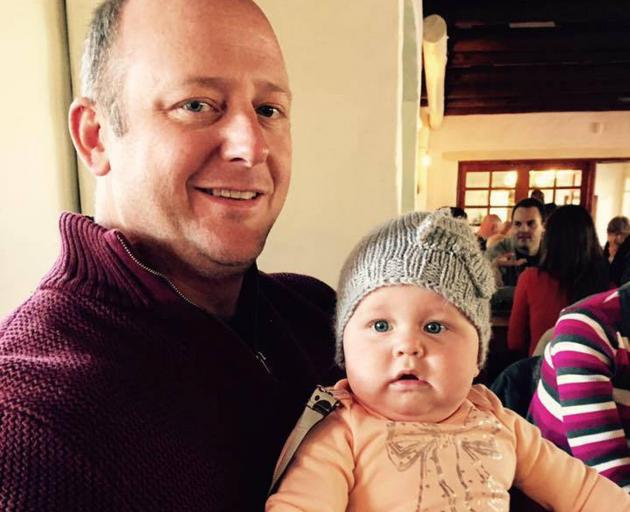 Graham Dickason had just started a new job with the South Canterbury DHB. Photo: supplied
The family of the children sent tributes to be read on their behalf from South Africa, where they are still reeling from the tragedy.

The vigil was organised by Hampers of Hope founder Jacqueline Harris, who also stepped in to help the families of five Timaru teenagers killed in a car crash last month.

She said tonight the wider Dickason family were touched by the gestures of kindness and support from the community.

She told media she had been speaking with Mr Dickason, who was moved by the plans for the vigil and that he and his family had helped choose the readings and music. 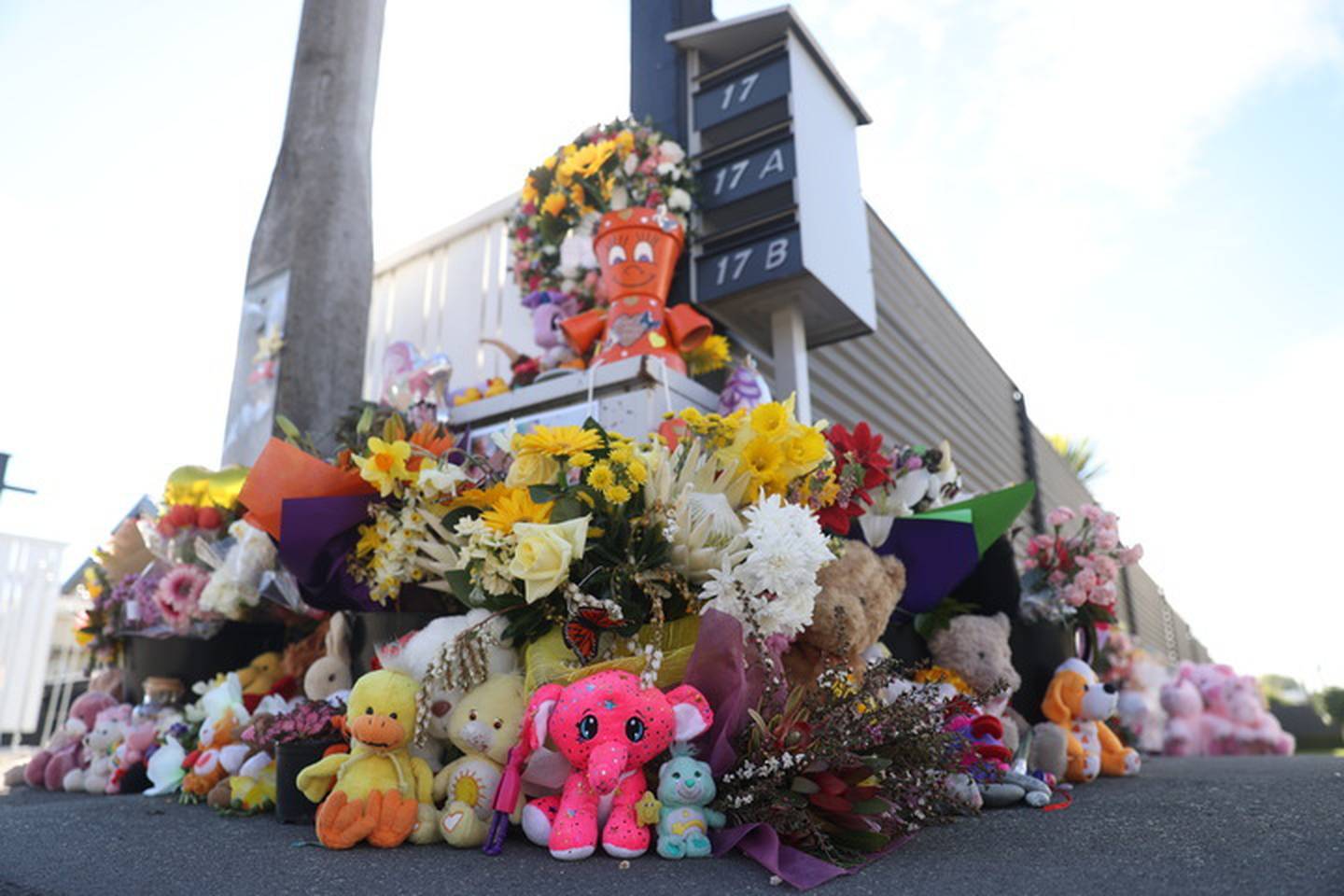 Flowers and teddy bears have been left outside the home where the three girls died last week. Photo: NZ Herald
People spoken to by The New Zealand Herald said they were attending the vigil to remember the girls and show support for the family.

One woman said she was "still numb".

"It will take a while to really comprehend this, especially in Timaru," she said.

Since news of the children's deaths, a steady stream of people have arrived at the home - a property with three units leased by the South Canterbury DHB to house visiting medical staff - to drop off flowers, teddy bears and cards.

This afternoon there were more than 70 soft toys placed at the end of the driveway and dozens of bunches of flowers.