The deadline for getting home on domestic flights, trains and Cook Strait ferries has been extended until midnight on Friday. Photo: NZ Herald (file)
Students trying to get home before the country goes into lockdown at midnight on Wednesday are stranded at airports and at the Picton ferry terminal.

Victoria University has asked students in student accommodation to go home, and students in other cities are choosing to go because they have lost part-time jobs or been deserted by their flatmates.

National student president Isabella Lenihan-Ikin said students from Otago and Wellington had contacted her because flights and ferry crossings are booked out by other people rushing to get home before the Covid-19 lockdown starts at 11.59pm on Wednesday for at least four weeks.

Transport Minister Phil Twyford announced this afternoon that the deadline for getting home on domestic flights, trains and Cook Strait ferries had been extended until midnight on Friday.

Lenihan-Ikin said the biggest travel problems were for students trying to get home to the North Island from Otago.

“There’s a bottleneck at the ferry in Picton,” she said.

“In Dunedin, students have said they are going to be the only person in their flat, or in their street, there’s going to be no community, and when the Government is calling for physical isolation it’s pretty hard for one student to be left behind.” 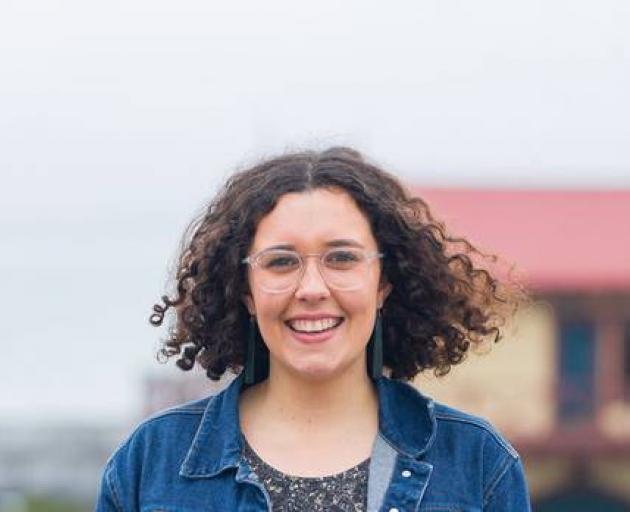 Student president Isabella Lenihan-Ikin has had calls from students trying to get home before the lockdown but ended up stranded at airports and at the Picton ferry terminal. Photo / Supplie
Victoria University appears to be the only university that has asked its students to go home, although it will keep one hostel, Weir House, open for those who can’t go.

Vice-Chancellor Grant Guilford told students that all other halls of residence would close at 1.30pm on Wednesday.

“All accommodation contracts will be suspended from today, and students will not be charged during this time,” he said.

“Students are who unable to return home will be provided with accommodation at Weir House. This will ensure we can provide everyone a high level of care while ensuring health is protected through good public health practices. We will provide food and other services to all remaining students and will also care for hall students who are currently self-isolating.”

In contrast, Auckland, AUT, Waikato, Massey, Canterbury and Otago universities all said they would keep all student accommodation open, although Canterbury said: “At some point the halls may need to consolidate the remaining student residents, but that decision has not yet been made.”

Lenihan-Ikin said many students have lost part-time jobs and can’t get Government wage subsidies because their jobs were often casual or short-term.

“Students are in a really tough position,” she said.

“The amount they receive from the Government, through living-costs which they have to repay or through student accommodation which is tightly means-tested, is not sufficient to cover the cost of being a student, especially in the big cities like Auckland and Wellington.

“So effectively, students relied on casual employment in order to be able to pay the rent, and went into rental agreements knowing that they would have some income to subsidise it.”

She said 14 Massey students were now living in a two-bedroom flat so that they could pay the rent.

Auckland and Canterbury Universities have both opened student emergency funds and have emailed their alumni today appealing for donations to support students in hardship.

Sepuloni’s spokeswoman said students’ employers “can access the wage subsidy for them and pay them the part-time rate”.

“Internationals on student visas should not be working as their visas do not allow them to do so. If they are legally entitled to work in NZ, then their employer can apply for the wage subsidy and pay them the part-time rate,” she said.

People needing to take domestic flights, trains and Cook Strait ferries to get home before the lockdown will now be able to do so until midnight Friday.

Domestic passenger services, particularly ferries, have been inundated with Kiwis trying to get home before the original cut-off date of midnight Wednesday for non-essential workers.

As well, transport options had to reduce the number of people they could take on services to accommodate alert level 3 physical distancing.

Twyford said it was unlikely the increased demand could be met before 11.59pm Wednesday when the lockdown begins.

"The Government recognises New Zealanders are trying to do the right thing by returning home ahead of the country moving to level 4."

There was also further pressure on domestic travel options from international tourists who were completing their self-isolation were moving to their final destination in New Zealand.

In light of this, the Cabinet Covid-19 Committee agreed to extend the deadline for domestic travel until midnight on Friday.

After that time, services would only be provided to essential services and workers, including freight services, Twyford said.

"International travellers will only be allowed to use domestic passenger services to reach their final destination to comply with lock-down requirements.

"These airplanes, trains, and ferries are expected to implement physical distancing and other protective measures that are appropriate for their services.

Twyford thanked passengers for their patients as the Government "urgently worked through this unintended consequence of the battle to fight Covid-19", he said.