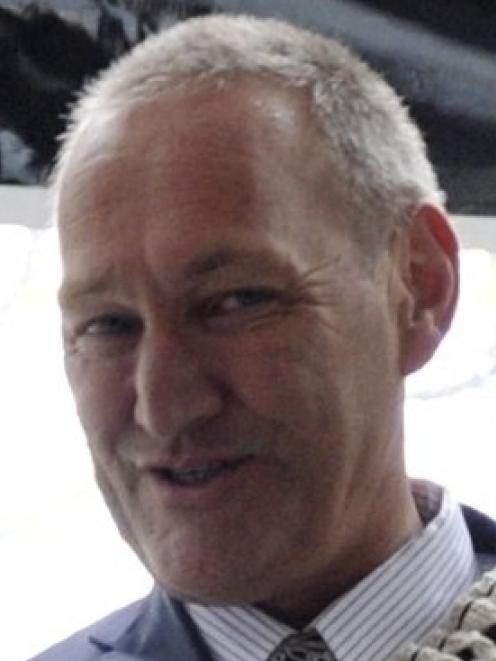 Mark Solomon
After years of speculation, the Government and Ngai Tahu have confirmed a Treaty of Waitangi top-up clause is set to trigger, potentially pumping millions into the beleaguered South Island economy.

Both Ngai Tahu and Waikato-Tainui negotiated "insurance clauses" as part of their original settlements, entitling each iwi to a percentage of all future Treaty settlements once they exceeded $1 billion in 1994 dollar terms.

For the first time, the Government has acknowledged that amount could be reached this year, which would entitle Ngai Tahu to 16.1% and Waikato-Tainui 17% of all future Treaty settlements.

Te Runanga o Ngai Tahu kaiwhakahaere Mark Solomon told the Otago Daily Times: "Our expectation is that the mechanism will possibly be triggered this year, or next year at the latest."

The iwi negotiated the clause as part of its 1997 settlement of $170 million, which "allowed both the Crown and Ngai Tahu to agree on progress".

A spokesman for Treaty of Waitangi Negotiations Minister Chris Finlayson said the clause was not triggered at the end of the 2010-11 financial year, "but it is possible the mechanism will be triggered this year".

"However, it would not be appropriate to comment on the forecast year of triggering, prior to advising Waikato-Tainui and Ngai Tahu," he said.

Formal notification on whether the mechanism had been triggered could be expected in October, he said.

The original agreements between the Crown and the iwi were for cash payments, and any variations would be discussed between the parties confidentially.

Mr Solomon said that while the agreement was for cash payments, Ngai Tahu would work with the Crown to consider other options.

Ngai Tahu would use the money for intergenerational investment.

"Ultimately, this means both direct and indirect investment into the economy of the South Island, both through our people and through our investment companies."

The payment would be of benefit to the whole South Island economy, and "we are not waiting around for the relativity mechanism to trigger in terms of our substantial earthquake-recovery initiatives", he said.

The iwi also owned land in the area "that, at some point, will require further capital investment"

"So, in that sense, we expect our investment in this region will be ongoing and will form part of our overall investment portfolio."

University of Otago politics department associate professor Janine Hayward said the mechanism was "simply an insurance clause" for Ngai Tahu and Waikato-Tainui, which were among the first to negotiate settlements.

"It was a good deal for both to make sure the settlement happened, and Ngai Tahu were pretty brave getting off the blocks first," she said.

The iwi were the only ones to have negotiated top-up clauses, which came about after the then National government signalled a $1 billion fiscal cap on total settlements.

In hindsight, it was in Ngai Tahu's interest to have settled earlier, as the iwi had grown that original settlement into an even stronger financial position today - "but it may not have been that way".

It was unclear how the Government would pay iwi once the clause was triggered, whether they would wait until the last settlement, and how future settlements would be affected.

"It is the elephant in the room now for all claims negotiations because of its implications."

Relativity clauses were calculated in 1994 dollar terms and adjusted for interest and inflation. Treaty settlements were last calculated at $787 million in 2008-09.

Forty-three groups are working towards settlements.