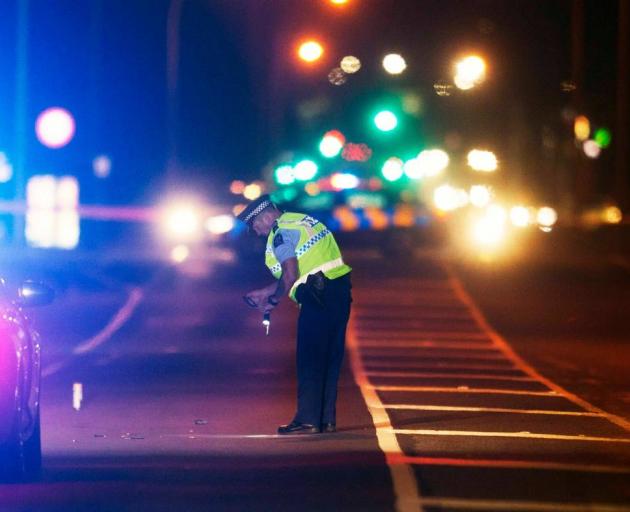 Last year was the deadliest on our roads since 2009. Photo: NZME

Two people died in a spate of serious crashes around the country last night taking this year's already high road toll to 158.

One person died after two vehicles collided shortly after 8pm on Culverden Rd (SH7), about 2km north of the Hurunui Hotel, in the Hurunui District, Canterbury.

Police said another person was taken to Christchurch Hospital with serious injuries.

A motorcyclist was also killed in a crash with a ute on Helvetia Rd in Pukekohe, Auckland, about 8.20pm.

As of Thursday, the 156 road deaths for the year so far exceeded the number of deaths at the same time last year by five.

Last night's Pukekohe crash would take the number of motorcycle deaths this year to 25.

National Road Policing Manager Superintendent Steve Greally this month urged people to take care on the roads after the road toll topped the tally at the same time last year.

Last year was the deadliest on our roads since 2009.

"Drivers must be responsible by giving the roads their full attention, driving to the conditions, not driving drunk, drugged, or fatigued and ensuring the use of seatbelts.

"The reality is that seatbelts save lives, being properly restrained reduces your chance of death or serious injury in a crash by 60 per cent in the front seat and 44 per cent in the back seat."

"It is a terrible fact that on average seven people die and more than 50 are reported seriously injured every week on New Zealand's roads," he said.

Lazzaro said each death, as well as serious injuries, had a "devastating and ongoing" impact on families and communities.

The social cost was also substantial - costing Kiwis $84 million a week, or nearly $4.7 billion a year.

A number of other people were also injured in crashes last night.

Two people suffered minor injuries after a car collided with a lamp post in the South Auckland suburb of Red Hill. The crash was at 9.50pm on Fairdale Ave.

In the New Plymouth suburb of Whalers Gate, a crash between a van and ute seriously injured one person. The crash happened about 9.10pm on Barrett Rd. It is believed one of the vehicles was parked.