U2 tribute to Christchurch mosque victims

The rockers are in New Zealand for the opening nights of their Joshua Tree Tour, named after their famous 1987 album of the same name.

Closing the night with their 1991 track One, the names of those killed on March 15 this year were displayed on the massive screen running the length of the Mt Smart Stadium stage.

The touching display was just one of many emotive moments from U2's first New Zealand gig in nine years.

Carroll died in a motorcycle accident in 1986, having befriended Bono two years prior and subsequently toured with U2. 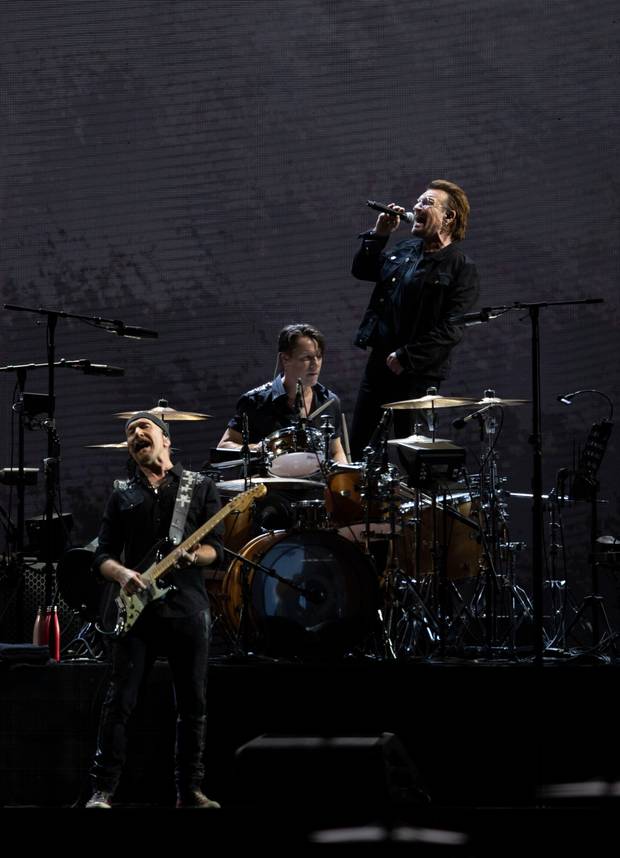 U2 perform at Mt Smart Stadium. Photo / Greg Bowker Visuals via NZ Herald
And it was Bono's rendition of One Tree Hill, written after Carroll's death, that had the biggest impact of the night for the 40,000-plus strong crowd.

"We sort of adopted [Carroll], or perhaps it was the other way round," Bono said.

"We were very grateful for his companionship over those precious times.

"He was taken from us too soon, but in a way he's still very present."

Ardern was one of many influential Kiwi and international women featured on screen during Ultra Violet (Light My Way).

On The Joshua Tree Tour the band play their famous album in full every night, as well as a smattering of other hits from their diverse career.

As well as hit after hit, it's clear the band were also keen to put on one hell of a show.

The pre-show publicity for The Joshua Tree Tour boasted about it having the largest high-res LED video screen ever used in a touring show. I think that's a fair boast - the visuals are something to behold.

Seeing it up close, thanks to some media privilege, really makes you appreciate how much effort goes into staging such a monumental performance.

And while the theatrics of this tour don't quite match U2's last visit to Auckland (I mean, come on, that tour had a massive claw stage), the visuals of The Joshua Tree are vibrant, crystal clear and incredible to witness.

It was so good that the lady in front of me had to FaceTime it all to a loved one. I'm sure he had a party in his living room. 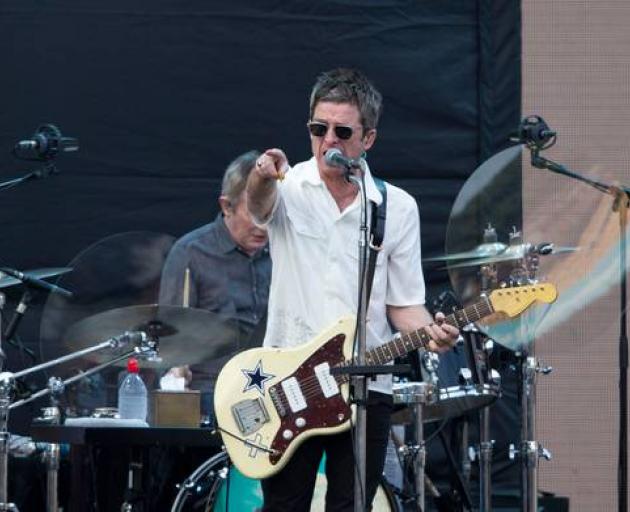 Illness reportedly prevented Gallagher from appearing on TV3's The Project on Thursday, but the English rocker showed no sign of anything holding him back.

Gallagher delved into Oasis' catalogue of hits - despite the ongoing feud with brother Liam - warming up the crowd for U2.

Finishing with a cover of The Beatles' All You Need Is Love felt a bit ironic, though. Send Liam a message, Noel! We want an Oasis reunion!

Regardless, for those unlucky enough to miss last night's incredible performance, U2 - alongside Noel Gallagher - are back to do it all again tonight.