A man believed to be the dad at the centre of a viral video showing a baby apparently being fed vodka has hit back on Facebook - saying the whole thing was a joke.

And a second photo has now emerged that appears to show the man giving the baby a beer at a pub.

A storm of outrage emerged on social media today after the video was discovered on Facebook.

It appears to show a Long White vodka drink being poured into a baby's mouth by a woman with long nails, while a man sits nearby on a couch laughing. 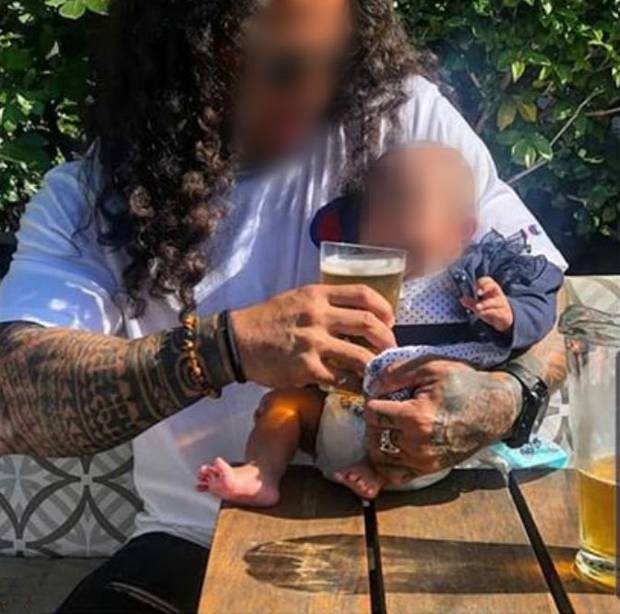 A man believed to be the dad in the video has also posted this photo - since removed from social media - of him apparently giving a baby a sip of beer.
Bottles of the New Zealand-made RTD contain 4.8% alcohol.

Police say the footage is "appalling" but it is not possible to confirm if a criminal offence has occurred. The video has been deleted from social media.

Health experts have also slammed the actions depicted in the video, with one calling it an "ignorant approach to alcohol" and saying both adults in the footage were irresponsible.

And Oranga Tamariki said it took any reports of potential harm to children seriously, adding the agency would work with police "as necessary" regarding the video.

But the man believed to be the one in the video has hit back, posting to social media to say people should fix themselves before they tried to fix someone else - and that he wanted to put the truth out there.

"I'm being threatened over a Facebook post [because] of the video about my baby," the man wrote, adding it was not what people were thinking.

"Me and my wife and a couple of my mates were there and we [were] just joking around [with] her.

The man said he would be an "idiot" if he let his daughter drink from the bottle - "I'm a father and my kids [are] my heart."

Meanwhile a second photo has emerged of a man, believed to be the same one in the original video, this time apparently giving the baby a beer at a pub.

The photo is tagged "Her first Xmas eve and beer ... #bestdadever".

However, there is no suggestion in the photo that the man actually lets the baby drink the beer.