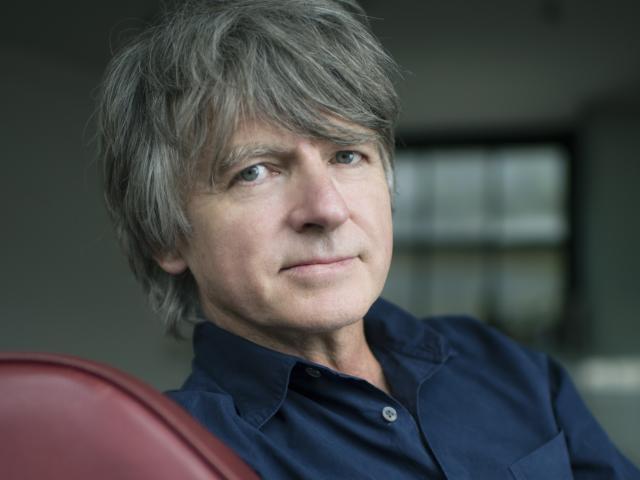 Neil Finn has just released a brand new track - with the help of his Fleetwood Mac bandmates - to support the Auckland City Mission.

Speaking from Los Angeles, where he is living with his family and working on a new Crowded House album, Finn told RNZ's Charlotte Ryan it was a daunting task writing a song for Auckland City Mission as he wanted it to serve its purpose.

"It is an honour to be asked to do something like that and I think the City Mission is almost unique in the Auckland environment because they are, I would say, universally appreciated by everybody and not just the people they're able to help," Finn said.

He spent two years working on the song 'Find Your Way Back Home', which he said turned out to be a blessing as it allowed Fleetwood Mac bandmates Stevie Nicks, Christine McVie and Mike Campbell to get involved.

"That wouldn't have happened had we been on a tight deadline. It was a slow process of them getting to know it and finding time...it was meant to be."

He said he had poured his "heart and soul" into the song, which was about "home and what it means to people".

His Fleetwood Mac band members were delighted to be involved and felt strongly about it being for charity, Finn said.

"All the money from my point of view that gets made from the song, and I hope it's lots, will end up at the City Mission.

"There might be a couple of bodies stamping the ticket that I don't know about, that we can't extract from the equation, but I can guarantee every single cent that comes my way will be directed toward the mission and I think almost every body that's contributing, including record companies, will be doing the same thing."

Home for Finn is in LA right now, where his family is, but he said he's an "Aucklander at heart" and home will always be New Zealand, both in a spiritual and pragmatic sense.

He's currently making the final touches to a new Crowded House album, which he's working on with founding member Nick Seymour, Mitchell Froom and his sons Liam and Elroy.

The Covid-19 pandemic and lockdown had meant they had to put their concerts - lined up to start next month - on hold.

"We've been working away, on our own at home, toing and froing, playing with tapes. It's given me a focus and it's given us something to look forward to because really, ultimately we can't wait to get on stage, whenever that turns out to be."

It made sense for his sons to be involved as they grew up with the band, which was "deeply engrained in their psyches", Finn said.

"There was just a connection and a feeling that there was some valuable connection that we made years ago that could be reenergised, and it felt like time, and the idea of the five piece as it is now just felt like the ultimate line-up.

"It's got freshness and everyone's playing out of their skin, so I'm very excited about the way it's shaking up."

While it was not possible to plan a tour in New Zealand due to the pandemic, Finn said it would be "sooner rather than later".

All proceeds from ‘Find Your Way Back Home’ will go towards the Mission's purpose-built housing and social services facility HomeGround.