The impact of Omicron will become apparent in empty supermarket aisles in the coming weeks.

Prime Minister Jacinda Ardern stressed yesterday there was no need for panic buying and that stores were open in the red traffic light setting.

Countdown said toilet paper and cat food were among the most sought-after items sold yesterday.

Robb said the workforce could be impacted hugely if Omicron gets into workplaces and factories linked to the supply chain - particularly if people need to isolate or stay home longer.

He advised people to try to buy essential items before you run out and not rush out to supermarkets to stock up.

"If you're down to one piece of toilet paper, you probably should be ordering earlier than that." 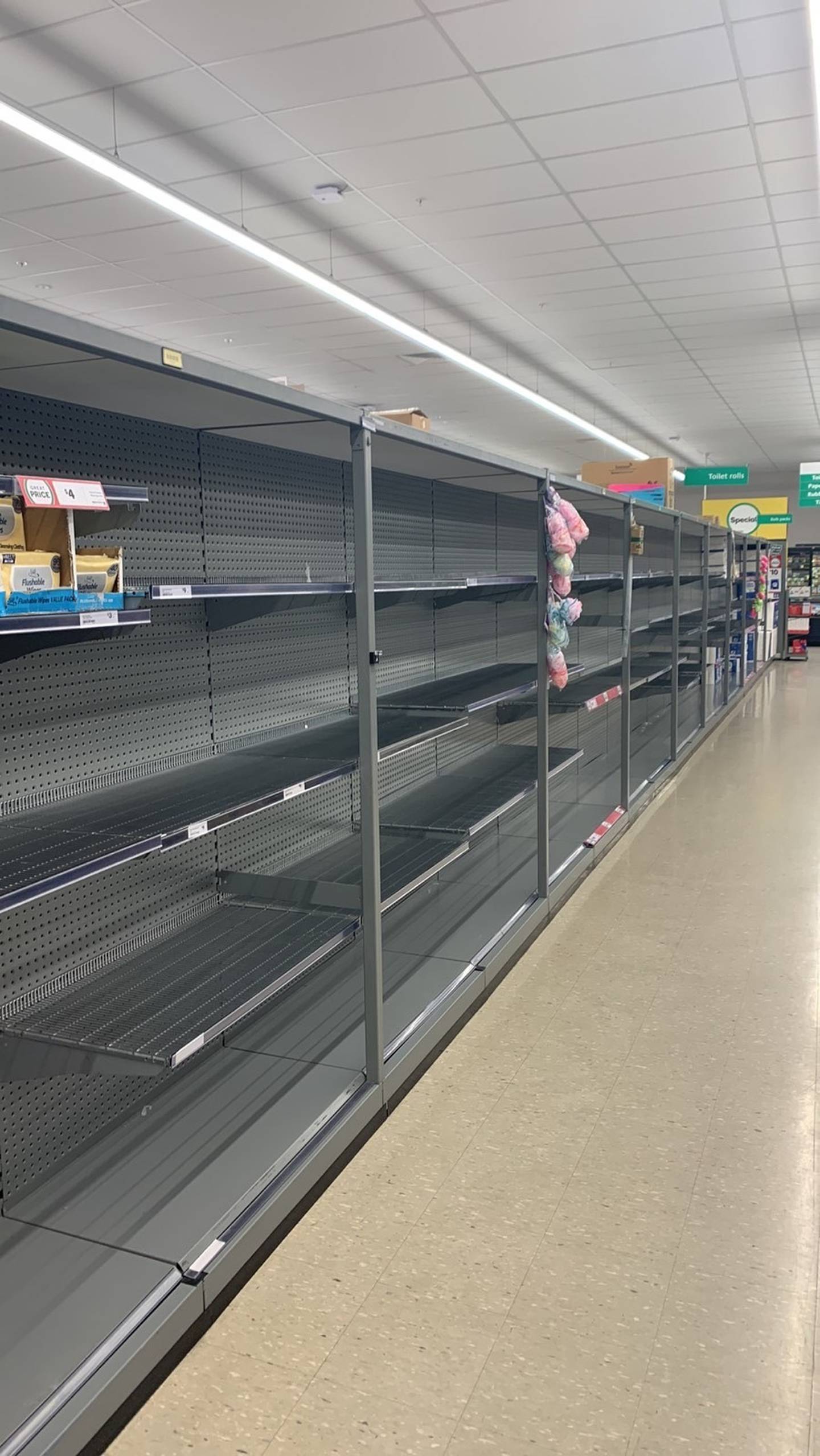 Empty shelves at a Countdown in Warkworth. Photo: NZME
People can overdo it as well, he said.

Robb said personally, he would not be relying on the Government for help or to give help.

He would instead take it upon himself to help out a neighbour in need, for example, he said.

News of the country being placed into red light setting was quickly met with a surge in supermarket shopping.

Photographs sent to the Herald yesterday showed large sections of empty supermarket shelves, as Kiwis rushed out to get urgent supplies.

Supermarkets are already starting to place limits on certain items to ensure the shelves aren't emptied too fast.

Countdown general manager of corporate affairs Kiri Hannifin said they saw some heavy sales of toilet paper yesterday and it had been a busy few days for the supermarket giant.

"We understand that it makes sense to get a couple of extra products in the shop to prepare for being at home for a few days or a week or so - that's completely understandable."

But don't go overboard and buy a trolley load of toilet paper, she said.

Hannifin said the company had been planning for Omicron since December and learning from its Australian businesses.

Given what happened in New South Wales, Countdown was expecting supermarkets to be hit first which was not great news in terms of supply chain disruption.

Countdown was conscious that having 30% of people off any of its sites, particularly at its distribution centres would cause significant disruption, Hannifin told RNZ.

Countdown, transport companies and farmers all had to have very strong controls in place to try and keep Omicron out or stamp it down as much as it possibly could because if one peg fell over then it would disrupt the whole supply chain.

Countdown is already using rapid antigen tests (RATs) voluntarily for staff at its four distribution centres, but would like to use them far more widespread from today.

They hadn't had great advice or guidance or access to RATs at this point, but was working on this.

In terms of shortages, she said there would always be products available, but it may not be your first choice.

There had been huge demand for cat food yesterday which was already a difficult item to get in from overseas.

There were no limits on any items at this stage, but they could be introduced within a few hours if needed.