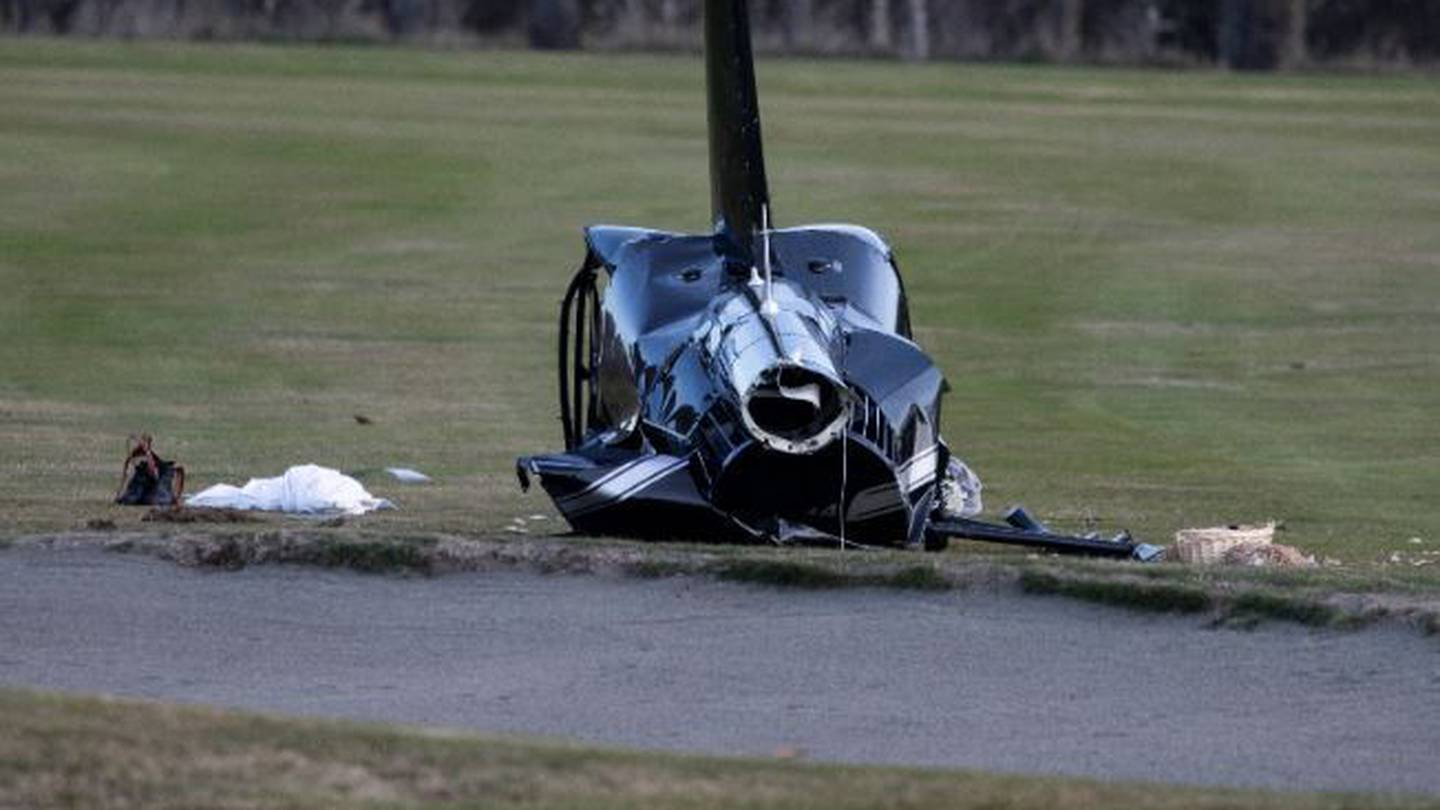 All four occupants were seriously injured in the crash. Photo: George Heard
The helicopter involved in an accident that seriously injured four people, including a bride and groom on their wedding day, suffered a total engine failure.

Wyndon Aviation, the helicopter company involved, said in a statement today that the engine lost power shortly after take-off - causing the Robinson R44 helicopter to crash.

"Although the investigation is still in its early stages, we have established the engine in the helicopter suffered a total power loss shortly after take-off, a spokesman said.

"Put simply, the engine had stopped. Statistically, this is a very rare occurrence."

Investigations into the crash, which happened on Saturday, had found no reason for the engine to lose power, the spokesman said.

The helicopter company has met with the close family of the bride, groom and wedding photographer involved in the accident.

The families have been told about the power loss to the engine being the cause of the crash.

"It is imperative we find the cause for the engine to have lost power," a spokesman said.

"This accident will again raise the profile of the Robinson helicopter, but it has to be remembered the power plant in the R44 is provided by a reputable third party manufacturer."

The helicopter was carrying newlyweds Fay El Hanafy and Mahdi Zougub. A female pilot and photographer Rachel Jordan were also onboard.

The pilot suffered "significant injuries to the hand, wrist, leg and back including broken bones and lacerations".

Her husband Eric said she was worried her back was broken when they spoke on the phone just after the crash and before emergency services arrived.

"I heard ... a lot of screaming in the background that I assumed was the bride, and groom, and pilot, who had been injured as well," she told him.

"She told me she recalls the engine had shut off at some point, that it completely lost power in mid-air, and it seemed like the whole thing went dead."