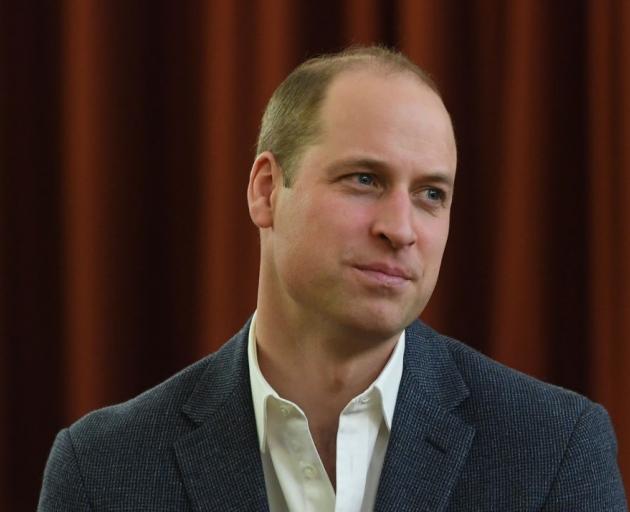 Prince William will visit victims of the Christchurch terror attacks. Photo: Getty Images
A royal visit is usually cause for clamouring crowds and speculation about where the best places are to catch a glimpse, but this week's visit by Prince William is expected to be a little more solemn.

The Duke of Cambridge is arriving in New Zealand tomorrow morning for a two-day visit, where he will spend most of his time in Christchurch to pay respects to those affected by the mosque shootings on March 15 which claimed the lives of 50 people.

Ten out of the 40 people injured remain in hospital more than a month - five of them are in Christchurch.

"We honour Prince William's empathy if it is his top agenda to come and see the victims. Just like we honour the empathy of the New Zealand people.

"Prince William coming in and showing his empathy would mean a lot, not only to the students, but to the wider Muslim community as well."

Along with the University of Canterbury Students' Association, Mr Shah has written to William requesting that he meet with students directly affected by the March 15 attacks.

He has also suggested the British government or royal family set up some sort of scholarship as a tangible show of their solidarity.

"We have a student in the University of Canterbury for example, who lost his father and brother and he's actually a really bright kid. He's finishing his degree here at UC but maybe a masters or a PhD scholarship somewhere in UK, something like that would be awesome and it would actually stay with the people for the rest of their lives."

Christchurch woman and staunch royalist Lisbeth Clement, who shares her wedding anniversary with the Queen and Prince Philip, said she caught a glimpse of the duke when he visited the city in 2011, after the earthquakes.

She said that visit lifted people's spirits and hoped this week's visit would have a similar effect.

"It's all been quite moving with what's been going on ... words fail me with what's happened."

Ms Clement has seen different members of the royal family many times, including the Queen Mother in London on her 100th birthday.

She said while it was likely to be a sombre visit it was hard not to get excited about adding another sighting to her list.

"We lived in Dunedin and I met Prince Charles - I was so excited I couldn't speak, my friend did all the talking for me - and Prince Harry, when he was here, I got a good strong handshake ... that was nice."

Security detailing around William's visit has not been made public, but is expected to be tight.

Police said they are well practised and experienced in policing visits of high-profile individuals, but for operational reasons could not go into any details.