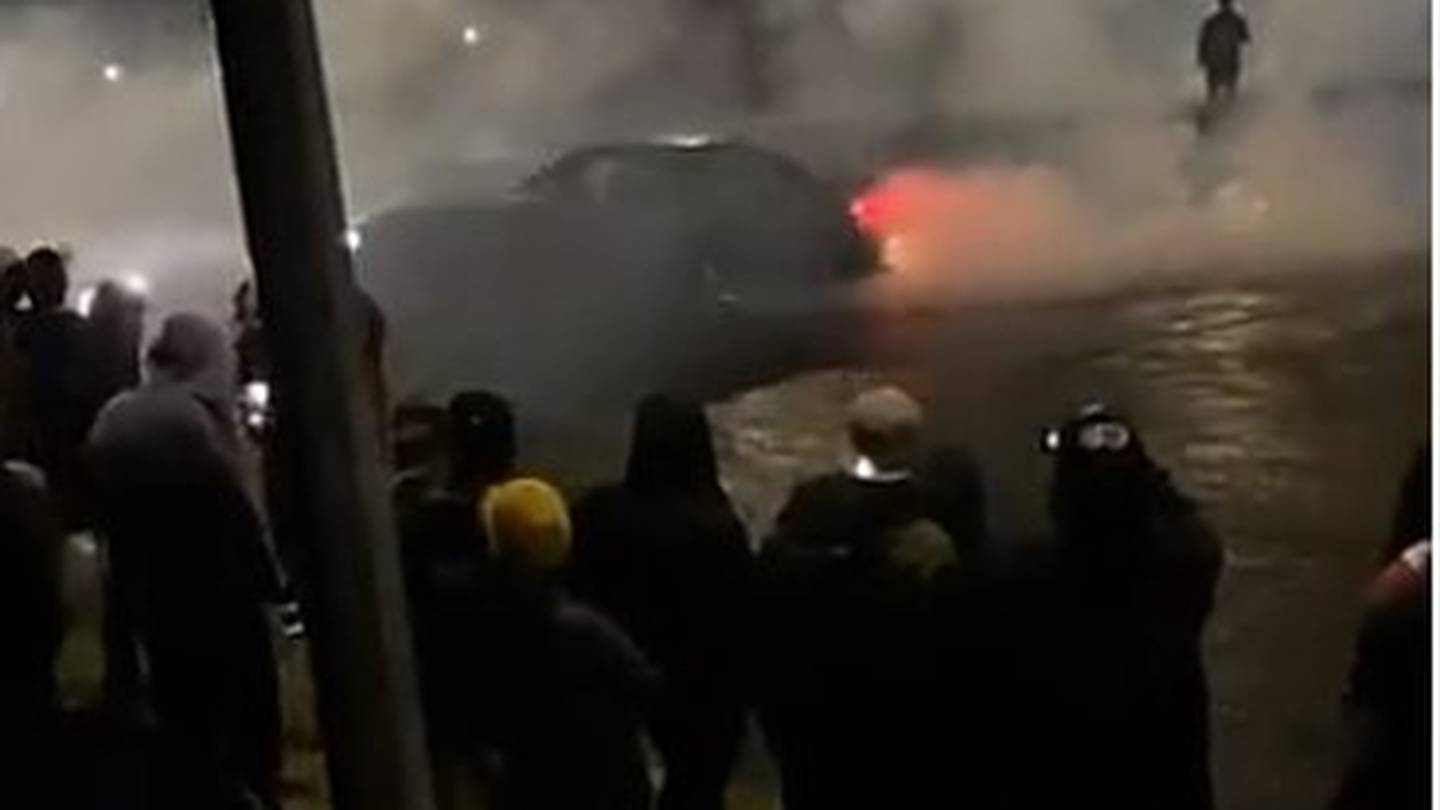 At 10.30pm, a car doing burnouts lost control and collided with a parked vehicle, striking a woman standing beside the parked car and crushing her between two vehicles.

The woman was transported to Taranaki Base Hospital, where she remains in a stable condition.

An 18-year-old Inglewood man has been charged with sustained loss of traction in relation to the incident and was to appear in New Plymouth District Court on November 6.

Police are not ruling out further charges and would like to hear from anyone who may have video footage of the crash and the events leading up to it.

Police were aware of the event after it was circulated on social media during the week, and despite officers speaking to organisers regarding concerns they "disappointingly" went ahead with it anyway.

Half an hour later, officers were called to a crash on Centennial Drive - after a vehicle not involved in the "car event" - skidded on diesel that participants had poured on the road, and collided with a parked car.

The driver escaped injury but the patrol car of a police officer responding to the crash was surrounded by the group, who had moved to Centennial Dr from the boy racer gathering at Connett Rd.

A male jumped on the bonnet of the patrol car and smashed the windscreen, while others threw bottles and cans, smashing the rear window and also causing damage to the body of the car.

The officer was very lucky to not be seriously injured, Haenga said.

"Police are aware there will have been participants in this 'car event' who are as horrified as we are at the appalling behaviour displayed by those involved in these incidents and other unsafe driving behaviour during the night.

"We would ask them to do the right thing and get in touch with us to provide any information, including video footage, which may help us identify those responsible."

Haenga urged anyone who had any information or footage of the incidents to get in touch with police.