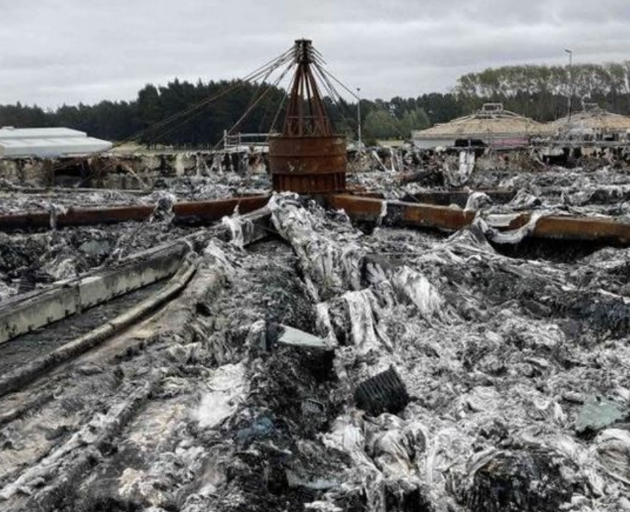 A fire in November last year caused the shutdown of the plant. Photo: Christchurch City Council
Work has begun to resolve the smell of rotting material at the Christchurch Wastewater Treatment Plant.

A fire in November last year caused the shutdown of the plant and a foul smell has since permeated surrounding suburbs.

The operation began today and was brought forward by four months after residents complained that the smell was affecting their mental and physical health.

Some residents have reported having brain fog, insomnia and severe stress from the smell.

Christchurch City Council announced that Southern Demolition and Salvage would take on the project yesterday afternoon, and machinery started arriving onsite this morning.

Removal of the rotting material will begin on June 6, once the work site is set up.

Work will continue for 12 hours a day, six days a week, with a target to remove all the material from the plant's filter by early September.

The material sits inside multiple 8-metre high concrete filters, and there are about 10 Olympic-sized swimming pools of it to remove.

Council infrastructure manager Jane Davis told councillors this morning in an update that there have been no previous events of this scale.

"This was an event that has got no precedent that we could have learnt from, so we have been learning as we go," she said.

"We weren't making any decisions based on past experience."

Councillors questioned staff about whether operations could have started sooner.

The contractors carrying out the project had a trial removal of material in December, and councillors questioned why they couldn't have begun then - but staff said they were waiting for approval from insurers, and that they weren't aware of the main source of the smell at that point.

The treatment plant's oxidation ponds are also emitting a bad smell, which staff had been working to control prior. 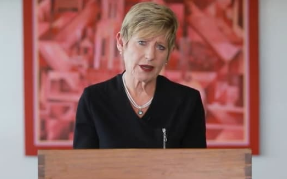 Mayor Lianne Dalziel said the proposition that the process could have started sooner could be a "lesson learned", but she asked councillors to take that conversation offline.

Looking ahead, council environmental compliance lead Nigel Grant said more focus would be put on monitoring air quality in the area, and addressing residents' concerns about potential toxic gases coming from the plant.

Previous testing undertaken by specialists has revealed small amounts of hydrogen sulphide from the digesters and oxidation pond, otherwise known as 'swamp gas,' in the surrounding areas.

However, Grant reiterated there was not any real health concern from the air quality, and was more worried about the community's stress caused by the smell.

"Very limited testing we've done so far indicates that the bigger issue is probably around the anxiety issues rather than the potential toxicity."

In a statement, the council's head of Three Waters Helen Beaumont said that now the operation had begun, the stench was likely to get worse before it got better.

"Unfortunately, there are days when the smell could get worse as material deep inside the trickling filters gets exposed to the elements and starts rotting," she said.

"We know this is the last thing that residents want to hear, but at least we now have clear timeframes around when the removal work should be completed."