Anderton's advice to Labour: 'Hang in there' 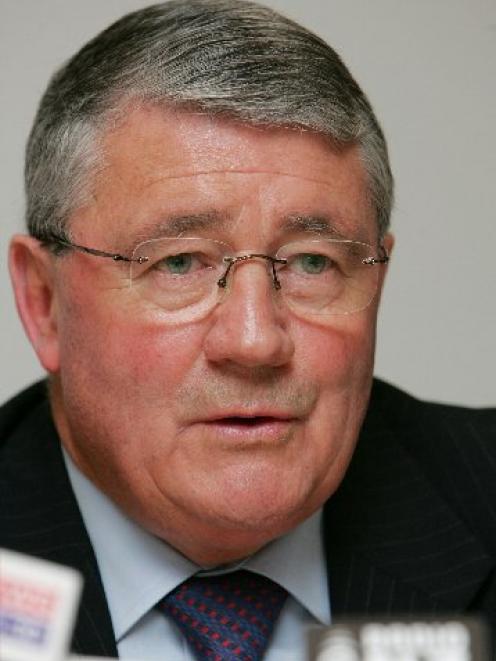 Jim Anderton
Delivering words of experience in his farewell speech to Parliament today, veteran MP Jim Anderton advised Labour to ignore the polls and "hang in there''.

Mr Anderton, who came into Parliament Labour in 1984 but later split with the party, is retiring at this year's election and today delivered his valedictory speech.

His advice to Labour came as he recalled a conversation he had with former Labour leader Bill Rowling.

"I remember Bill and I looking at grim polling news over a beer in the lounge of his leader's office in 1981, and the poll trends indicated that if they continued like that until election day, Labour would actually get no votes whatsoever,'' he said.

The party went on to gain more votes than the National Government, although under the First Past the Post system lost the election.

"My message to Phil Goff therefore is to hang in there, the lessons are not over until they're over.''

Mr Anderton, 73, left Labour in 1989 in response to the party's freemarket reforms and state asset sales, going on to form the New Labour Party, then the Alliance Party, and finally the Progressive Party.

Looking back at the transitions today, Mr Anderton said he had no regrets and that he would not alter his actions if he was faced with the same situations a second time around.

Reflecting on the highlights his career, Mr Anderton noted his push for KiwiBank and the helping hand Labour's Annette King had had in establishing it following his hard-fought negotiations with then-finance minister Michael Cullen.

"Annette King finally turned to Michael Cullen after three hours of this and said these immortal words: 'Michael, Jim's beaten back every argument against the bank we've ever put up, for god's sake give him the bloody bank.

"And Michael Cullen, in equally immortal words, said 'oh, all right then'.''

Another long-serving politician, Labour's Dunedin North MP Pete Hodgson, also gave his valedictory speech today, but the 21-year veteran of Parliament said nothing of his role as his party's pre-eminent mud-slinger.

The only reference to dirt-digging in his address was a tale about how a mishap with a large petrol powered rotary hoe almost ended his own political career.

Rather than dwelling on the political scalps he has claimed, Mr Hodgson preferred to talk about the breadth of his experience as an MP, including the 14 different portfolios he held while a minister.

Clearly still passionate about many of the issues he dealt with as a minister, his farewell speech included calls for greater action on responding to the threat of climate change, greater government support for research and development and greater support for the low paid.

Among those Mr Hodgson, 61, paid tribute to were Mr Anderton, in whose office his own political career began in 1980 and two other important mentors, his parents who were in the public gallery yesterday.

Another Labour MP to bid farewell today was Lynne Pillay, who arrived in Parliament as the Waitakere MP in 2002.

Ms Pillay, also 61, noted a number of proud moments in Parliament, including being part of the Civil Union legislation, and progressing a law to provide ongoing protection for the Waitakere Ranges.

She recalled her involvement in the fight against ACC's cuts to counselling services for sexual abuse victims as one of the most challenging times in her career.